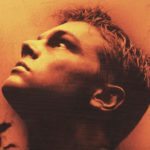 Before he made the jump to movies, directing the likes of Ex Machina and Annihilation, Alex Garland first rose to prominence through his 1996 debut novel The Beach, which was based upon his own exploits travelling across Europe and the Phillippines. The novel was adapted for the screen in 2000, with Danny Boyle directing Leonardo […]