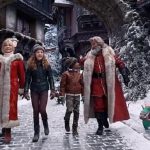 Netflix has released a teaser trailer for the holiday comedy sequel The Christmas Chronicles 2 which sees siblings Kate (Darby Camp) and Teddy (Judah Lewis) once again team-up with Santa Claus (Kurt Russell) – and Mrs. Claus (Goldie Hawn) – to save Christmas after the magical troublemaker Belsnickel (Julian Dennison) threatens to destroy the North […] 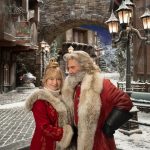 Having been rumoured back in August, Netflix has now officially announced that Kurt Russell and Goldie Hawn will be reprising the roles of Santa Claus and Mrs. Claus for a sequel to the holiday comedy The Christmas Chronicles. The sequel is being directed by Chris Columbus (Home Alone), who produced the first movie, and will […] 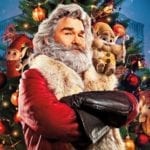 According to an as-yet-unconfirmed report from Discussing Film, Kurt Russell is set to reprise the role of Santa Claus for a sequel to Netflix’s The Christmas Chronicles, which will be directed by Chris Columbus (Home Alone, Harry Potter). Columbus’ 1492 Pictures produced the first movie, which was directed by Clay Kaytis and followed two young […]