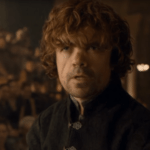 Emmy-winning Game of Thrones star Peter Dinklage has been cast in DreamWorks Animation’s upcoming sequel The Croods 2. The sequel to the Oscar-nominated 2013 film will see the return of Nicolas Cage (Grug), Emma Stone (Eep), Ryan Reynolds (Guy), Catherine Keener (Ugga), Cloris Leachman (Gran) and Clark Duke (Thunk) and pits the Croods against their […]

After three-and-a-half years in development, Universal Pictures and DreamWorks Animation have pulled the plug on The Croods 2. According to Variety, there had been doubts about proceeding with the project prior to Comcast’s purchase of DreamWorks Animation earlier this year, with the decision made on Thursday to halt production on the sequel to the 2013 CG-animated […]

The Croods 2, the sequel to Dreamworks Animation’s 2013 hit, has added a few new members to its voice cast. According to THR, Thor alum Kat Dennings and This is 40 star Leslie Mann have jumped on board the film, as members of a new upscale family that competes against the titular cro magnons. Mann will play the matriarch of the […]