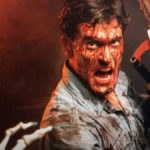 When asked about the possibility of getting Bruce Campbell’s Ash out of retirement during Thursday’s The Grudge panel at New York Comic Con, Sam Raimi offered up a definitive answer and teased the future of the Evil Dead franchise. “I really want more, but Bruce Campbell has said ‘no,’” said the Evil Dead and Spider-Man […]

While horror fanatics were certainly expecting scares and deeply unsettling imagery from Sony Pictures’ The Grudge panel on New York Comic Con 2019’s inaugural day, what came as more of a surprise was exactly how the cast, director and producer described the upcoming franchise film — throwing around words like “intelligent,” “character study” and “puzzle.” […]

Entertainment Weekly has released two images from The Grudge, the upcoming reboot of the U.S. horror franchise from Sony and Ghost House Pictures, which feature Demian Bichir (The Nun) and Lin Shaye (Insidious). In addition to the images, EW also spoke with director Nicolas Pesce (The Eyes of My Mother, Piercing), who explained that the […] 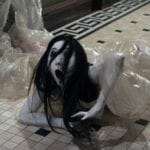 The upcoming reboot of The Grudge has hit a stumbling block, with Taka lchise – producer of the original Japanese Ju-On franchise – filing a lawsuit against production company Good Universe alleging breach of contract. According to Deadline, the lawsuit states that in exchange for the rights, Good Universe had promised to give Ichise a producer […] 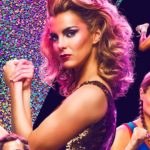 Deadline is reporting that Jacki Weaver (Animal Kingdom), Betty Gilpin (GLOW), William Sadler (Power) and Frankie Faison (Banshee) have joined the cast of Sony and Ghost House Pictures’ horror remake The Grudge. The new film, a remake of the 2004 movie (which was itself a remake of the 2002 Japanese horror Ju-on: The Grudge), is […] 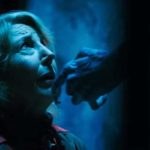 Variety is reporting that Insidious star Lin Shaye is joining another horror franchise, with the actress signing on to appear in Sony’s reimagining of The Grudge. Produced once again by Ghost House Pictures, who originally remade the Japanese horror in 2004, The Grudge is being written and directed by Nicolas Pesce (The Eyes of My Mother) and […] 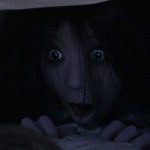 Earlier this month it was reported that Andrea Riseborough (Oblivion) was joining Ghost House Pictures’ horror remake The Grudge, and now comes word from Variety that the actress is being joined by Demian Bichir (A Better Life) and John Cho (Star Trek Beyond). The film, a new take on the 2004 movie (which was itself […] 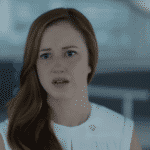 Deadline is reporting that Andrea Riseborough (Oblivion) is close to adding two projects to her upcoming slate, with the actress said to be in talks for Ghost House Pictures’ The Grudge remake and the Amazon / Sky miniseries Zero, Zero, Zero. The Grudge, a new take on the 2004 movie (itself a remake of the […]

Back in March 2014, it was announced that Ghost House Pictures would be rebooting its remake of the Japanese horror The Grudge, and now it seems they are finally ready to move forward with Deadline reporting that Nicolas Pesce (The Eyes of My Mother) has signed on to direct. The new film is based on […]

Coinciding with its debut on the streaming service Shudder today, the goulish first five minutes of the Ring and The Grudge crossover Sadako vs. Kayako have been released online, and we’ve got it for you right here! SEE ALSO: Read our review of Sadako vs. Kayako Hideo Nakata’s Ringu and Takashi Shimizu’s Ju-On: The Grudge […]