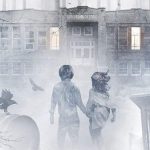 Ahead of its home entertainment release this coming Monday, 4Digital Media has debuted a UK poster and trailer for the Australian horror The Haunting (a.k.a. The School); check them out here, along with the official synopsis… When a doctor looking for her missing child awakens to find herself in an abandoned school, she must survive […]

In time for Halloween, Sean Wilson takes a look at some of the most delightfully ghoulish and flesh-creeping stories ever put to paper. The Turn of the Screw Author Henry James described his own sensational chiller as a ‘pot-boiler’ but it’s clearly so much more than that. A deeply unnerving tale of a young governess […]

Edward Gardiner on why it’s okay to prefer remakes… If it’s not a sequel, it’s a remake. Always a hot topic in film discussion, the phenomenon of film remakes is something many of us still can’t entirely wrap our heads around.  It’s been going on for decades, to varying degrees of quality, but only in recent […]