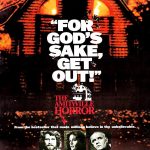 The Amityville Horror, 1979. Directed by Stuart Rosenberg. Starring James Brolin, Margot Kidder, Rod Steiger, Don Stroud and Murray Hamilton. SYNOPSIS: The Lutz family move into what looks to be their dream home in Amityville, Long Island. The family’s stay soon becomes a terrifying ordeal as supernatural forces from the houses dark past seek to […] 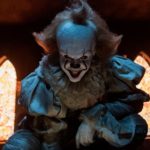 Benjamin Wallfisch’s brilliantly sinister It score turns the human voice inside out – and it’s not the only one… The world’s most terrifying clown Pennywise is back to stalk our nightmares in the new adaptation of IT, on release now. Bill Skarsgard takes over from Tim Curry as the dreaded Stephen King creation and director […]

The Amityville Horror, 1979. Directed by Stuart Rosenberg. Starring James Brolin, Margot Kidder, Rod Steiger, Don Stroud, Murray Hamilton, Meeno Peluce, John Larch, and Val Avery. SYNOPSIS: The Lutz family move into a house that was the scene of a grisly mass murder, only to flee for their lives 28 days later. While approximately three […]

Edward Gardiner on why it’s okay to prefer remakes… If it’s not a sequel, it’s a remake. Always a hot topic in film discussion, the phenomenon of film remakes is something many of us still can’t entirely wrap our heads around.  It’s been going on for decades, to varying degrees of quality, but only in recent […]