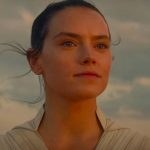 After saying goodbye to the galaxy far, far away this past December with the release of Star Wars: The Rise of Skywalker, Daisy Ridley looks to kick off her post-Rey career with a role in the psychological thriller The Ice Beneath Her. The film will adapt the novel of the same name by Swedish author […]