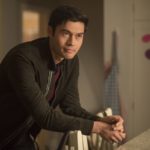 THR is reporting that Crazy Rich Asians and A Simple Favor star Henry Golding has signed on to star in two new projects in the adventure film The Inheritance and action thriller Harrington’s Greatest Hits. The Inheritance is an action adventure film which has been written by Alistair Hudson, from a story by Hudson and […]