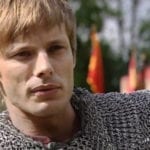 As Netflix prepares to break new ground with its live-action animation hybrid The Liberator, it has been announced that Bradley James (Merlin) has been cast in the lead role of the World War II series, according to Deadline. The Liberator will follow the exploits of the 157th Infantry Regiment, a National Guard unit from Oklahoma comprised of […] 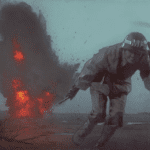 Netflix has announced that it has ordered the four-part World War II drama The Liberator, which is set to use a new technology called Trioscope Enhanced Hybrid Animation, which blends live-action and CGI. The Wrap reports that the series has been created by Jeb Stuart (Die Hard, The Fugitive) and is based upon Alex Kershaw’s […]

The Academy of Motion Picture Arts and Sciences has revealed that there are now just nine films vying for a nomination for the Oscar for Best Foreign Language Film at the upcoming 87th Academy Awards. The shortlist of films, by country, is as follows: Argentina, “Wild Tales,” Damián Szifrón, director; Estonia, “Tangerines,” Zaza Urushadze, director; […]