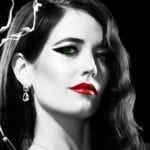 Deadline is reporting that Eva Green (Sin City: A Dame to Kill For) and Eve Hewson (The Knick) have been cast alongside Marton Csokas (The Lord of the Rings) in the upcoming BBC Two adaptation of Eleanor Catton’s Man Booker Prize-winning novel The Luminaries. Produced by Working Title Television and scripted by Catton, the six-part […]