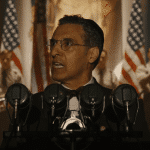 Ahead of its premiere on HBO next month, a new trailer has been released for the small-screen adaptation of Phillip Roth’s acclaimed alternate history novel The Plot Against America. The limited series follows the political rise of aviator and xenophobic populist Charles Lindberg through the eyes of a working-class Jewish family and stars John Turturro, […] 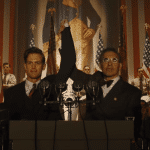 HBO has released the first trailer for the upcoming alternate history series The Plot Against America. Based on Phillip Roth’s acclaimed 2004 novel of the same name, the limited series follows the political rise of Charles Lindbergh, through the eyes of a working class Jewish family, as he turns the US toward facism, and features […] 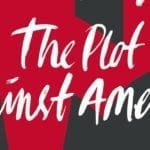 With The Deuce coming to an end, The Wire creator David Simon has found his next project and is set to reunite with HBO once again for an adaptation of Phillip Roth’s 2004 alternate history novel The Plot Against America. The official Amazon description for the novel reads: When the renowned aviation hero and rabid […]