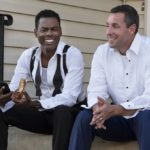 Netflix has released a new trailer for the upcoming comedy The Week Of. Directed by Robert Smigel, the film stars Adam Sandler as father determined to pay for his daughter’s wedding despite offers from the groom’s wealthier father – played by Chris Rock; check it out here… The comedy tells the story of a devoted, middle class […] 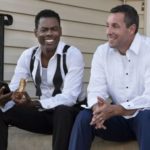 Netflix has released a teaser trailer for director Robert Smigel’s upcoming comedy The Week Of which stars Adam Sandler, Chris Rock, Rachel Dratch, and Steve Buscemi; check it out below… The comedy tells the story of a devoted, middle class father (Adam Sandler) determined to pay for his daughter’s wedding despite the prodding of the […]

Variety is reporting that Steve Buscemi has signed on to the cast of The Week Of, the latest Adam Sandler movie from Netflix, which also has Chris Rock attached to star. Directed by frequent Happy Maddison collaborator Robert Smigel, who has co-written the script with Sandler, The Week Of centres on the week of preparation […]

Adam Sandler has set his next Netflix feature, with Deadline reporting that he’ll be joined by Chris Rock in The Week Of, which is being directed by Robert Smigel, writer of Hotel Transylvania and regular Happy Madison collaborator. The fourth film in Sandler’s initial Netflix deal after The Ridiculous 6, The Do-Over and Sandy Wexler, […]