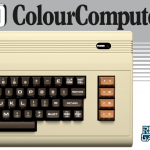 Retro Games Ltd and Koch Media have announced they will be releasing a fully licensed reimagining of one of the 80’s bestselling home computer, THEVIC20, this October.  The original VIC-20 home computer was released in 1981 and became the first computer of any kind to sell one million units and this October it will be […]