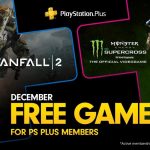 Playstation Plus subscribers will be able to spend December fighting huge multiplayer battles in towering titans and immerse themselves in two-wheeled racing action thanks to Decembers free PS+ games, Titanfall 2 and Monster Energy Supercross – The Official Videogame. In Titanfall 2 players can take on others in fast-paced tactical multiplayer modes or immerse themselves in […] 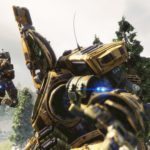 EA and Respawn Entertainment have today announced the release of Titanfall 2: Ultimate Edition.  This release will see fans of the huge Mech/Soldier FPS get a whole stack of content including everything from the Deluxe Edition, which brings the Scorch and Ion Prime Titans, warpaints and the Titanfall 2 DLC’s, but you’ll also be getting […]

The BAFTA 2017 Games Awards made their nomination announcements this morning. Uncharted 4 has come out on top with eight nominations followed by INSIDE with seven and Firewatch with six. Here is the list of all the nominations for this year’s awards. Artistic Achievement ABZÛ Dishonored 2 INSIDE The Last Guardian Uncharted 4 Unravel Audio Achievement Battlefield 1 DOOM INSIDE […]

As it edges closer to its release, EA and Respawn Entertainment have released a launch trailer for Titanfall 2, the sequel to the 2014 game. Titanfall 2 will differ from its predecessor by including a single player campaign that can be played offline rather than an entire multiplayer experience. The trailer, titled “Become One”, focuses on the […]

In a followup announcement to the reveal of sci-fi shooter Titanfall 2 yesterday [check out the campaign trailer and multiplayer trailer], Respawn Entertainment confirmed that all future DLC for their game will be free (with the exception of cosmetic items). Lead programmer Jon Shiring was the one to present the news during a interview with PC […]

The trailer for Titanfall 2’s single-player campaign was leaked accidentally ahead of EA’s E3 2016 press conference tonight. Acknowledging the leak, EA officially released the trailer: The trailer showcases the relationship between the player pilot and the mech itself, who now appears to be a character in itself. There will be a separate trailer specifically […]

Electronic Arts has released a first teaser trailer for Respawn Entertainment’s upcoming first-person shooter Titanfall 2, the follow-up to the acclaimed 2014 Xbox exclusive, with a full reveal set to follow in June. Little is known about Titanfall 2 at present, but it will contain a single-player campaign in addition to the online multiplayer component. […]

Developer Respawn has confirmed that Titanfall’s upcoming sequel will be multi-platform – unlike the original game, which was a Microsoft exclusive title. Speaking to IGN, Respawn CEO Vince Zampella said: “We’re working on a sequel. No official name yet, but we’re working on that. It’ll be multiplatform.” It has long been speculated that this would be the […]