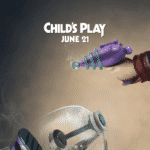 Chucky has claimed another victim from Child’s Play’s box office competitor Toy Story 4, with the killer doll taking out Buzz Lightyear with a blaster in the latest poster for the horror reboot; take a look here… SEE ALSO: Mark Hamill’s Chucky terrorises Andy in first clip from Child’s Play remake A contemporary re-imagining of […] 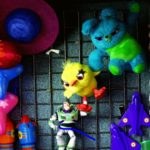 With just two weeks to go until the release of Toy Story 4, Disney-Pixar has unveiled a clip from the animated sequel which sees franchise newcomers Bunny & Ducky arguing with Buzz over their spot on the top prize board; check them out here, along with three new TV spots… SEE ALSO: Disney-Pixar’s Toy Story 4 […] 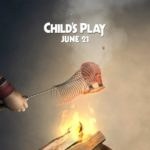 A new poster has arrived online for Child’s Play which sees the horror reboot taking another swipe at its box office competitor Toy Story 4, with Slinky being the latest victim of the murderous doll Chucky; take a look here… SEE ALSO: Go behind-the-scenes of Child’s Play remake with new featurette SEE ALSO: Meet Chucky in […] 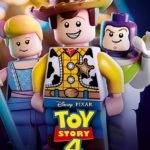 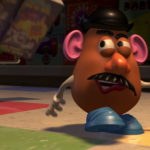 Although the legendary U.S. comedian passed away back in 2017, Josh Cooley – director of the upcoming Toy Story 4 – has revealed on Twitter that Don Rickles will still feature as the voice of the beloved Mr. Potato Head in the upcoming Disney-Pixar sequel. “Some people say funny things, I say things funny.” -Don […] 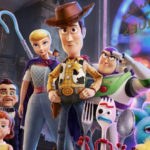 Disney has released a new trailer for the upcoming animated sequel Toy Story 4 which sees Woody, Buzz, and friends embarking on an quest to bring back Bonnie’s new favourite craft project/toy Forky after he makes a break for freedom during a family road trip; watch it here… Woody (voice of Tom Hanks) has always […] 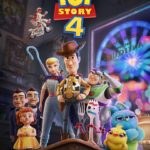 The fourth instalment of the Toy Story franchise is on its way and Disney and Pixar have finally released the first full trailer for the animated sequel, which you can find below along with the synopsis and a brand new poster… Woody (voice of Tom Hanks) has always been confident about his place in the world, and […] 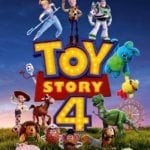 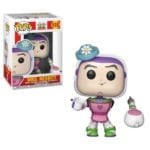 With Toy Story 4 incoming this year, Funko has unveiled a new line of merchandise for Disney-Pixar’s beloved animated movie series which includes a Pop! Rides Woody and RC, Pop! Vinyl figures for Buzz in his Mrs. Nesbitt Costume, Bo Peep, Slinky, Bullseye, and Wheezy, and a range of Pop! Keychains; check them out here… […]