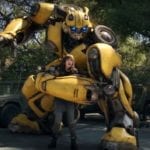 Director Travis Knight served up a genuine Christmas miracle this past week, delivering a Transformers movie that managed to please both fans and critics alike with the 80s set spinoff Bumblebee. The movie serves as a prequel to Michael Bay’s series and given that there’s around a twenty year gap between movies, it would appear that […] 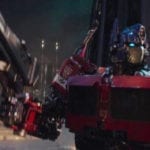 Before Transformers: The Last Knight sunk the franchise to new depths in terms of critical and commercial reception, Paramount Pictures planned to follow-up its new Bumblebee spinoff with a sixth movie in the main franchise. Originally scheduled for release in June 2019, Transformers 6 was pulled from the studio’s slate earlier this year following reports […] 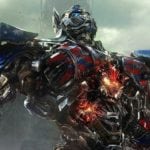 Back in February it was reported that Paramount and Hasbro had decided against moving ahead with Transformers 6 following the disappointing reception to last year’s Transformers: The Last Knight, and would instead reboot the series following the release of the spinoff Bumblebee: The Movie this November. Well, that is now official, as Paramount has announced […] 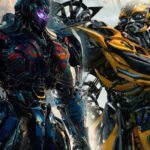 Back in 2015, Paramount and Hasbro recruited a star studded writers room to plot out the future of the Transformers movie franchise, resulting in last year’s Transformers: The Last Knight – Michael Bay’s fifth instalment – as well as the upcoming spinoff Bumblebee: The Movie, directed by Travis Knight, and up to 14 other potential […]

With Transformers: The Last Knight set to open this coming week, director Michael Bay has once again reiterated that he won’t be returning for the sixth instalment of the series, which has already been given a 2019 release date by Hasbro and Paramount Pictures. “These movies that I’ve done, they are massive movies,” Bay told […]

Transformers 6 is eyeing a 2019 release date but the movie does not yet have a director attached. Transformers: The Last Knight is due out in cinemas next week, and will reportedly signal Michael Bay’s final film in the franchise. But there are already plans underway for what comes next for the main series. Hasbro […]

The Week in Movies discusses the last seven days in cinema – including the final Batman v Superman: Dawn of Justice trailer, the DC and Captain America: Civil War Superbowl teaser spots, all the Deadpool success news and much, much more… The Week in Movies is an excerpt from the weekly Flickering Myth Super Newsletter. […]

Having set up a writers room last year to plot out the future of the franchise, Paramount Pictures and Hasbro have today announced a new slate of three Transformers films, set for release in 2017, 2018 and 2019. First up comes Transformers 5, which sees Michael Bay returning to direct from a script by Art Marcum […]

A couple of weeks ago Paramount officially announced that it is moving forward with Transformers 5, in addition to an animated Cybertron movie, and now Hasbro has confirmed that we’ll be seeing plenty more of the Robots in Disguise over the coming years. Speaking at the MIP Junior Conference 2015 (via ComicBook), Stephen J. Davis, President of […]