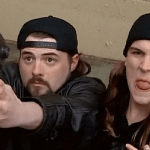 Having dusted off his plans for a third Clerks movie, Kevin Smith has now revealed that he’s taking another crack at a sequel to his second film Mallrats, the filmmaker announcing on Instagram that he’s started work on a script entitled Twilight of the Mallrats. “I’m off to a fun start by writing stuff for […]