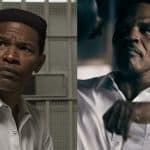 Last year, Jamie Foxx suggested that the ball was finally rolling on his long-planned Mike Tyson biopic, a role he first signed on to portray back in 2014, and now comes word that the project has been retooled from a feature film to a limited series and is about to be shopped to networks and […]