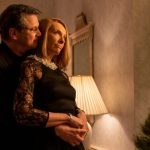 HBO Max has released a poster and trailer for the limited series The Staircase. Based on a true story and the 2004 documentary of the same name, the series explores the life of writer Michael Peterson (Colin Firth) and the suspicious death of his wife Kathleen (Toni Collette); take a look here… Based on a […] 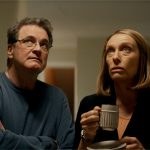 HBO Max has released a teaser trailer for The Staircase, the limited crime drama series based on the 2004 documentary of the same name which tells the true story of Michael Peterson (Colin Firth), a writer who was convicted of murder following the suspicious death of his wife Kathleen (Toni Collette). Watch the trailer for […] 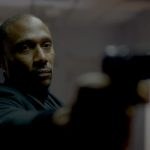 HBO Max has cast French actor Vincent Vermignon (Beyond Existence) in its true crime drama series The Staircase from Antonio Campos (Christine) and Maggie Cohn (American Crime Story). Vermignon will play Jean-Xavier de Lestrade, the documentarian who made the 2004 docuseries on which the HBO Max series is based. He investigated the case and went […]