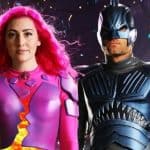 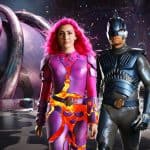 Earlier this week we got our first look at director Robert Rodriguez’s superhero action sci-fi We Can Be Heroes, the standalone sequel to 2005’s The Adventures of Sharkboy and Lavagirl in 3D, and now three more images have been released which give us our first peek at a now grown-up Sharkboy (JJ Dashnaw, replacing Taylor […] 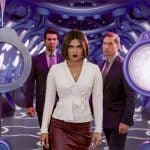 Netflix has released the first images from writer-director Robert Rodriguez’s superhero action sci-fi We Can Be Heroes , a standalone sequel to 2005’s The Adventures of Sharkboy and Lavagirl in 3D, offering a look at stars Pedro Pascal, Priyanka Chopra Jonas and Boyd Holbrook alongside the child cast. When alien invaders kidnap Earth’s superheroes, their […] 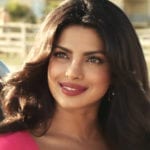 Sin City and Alita: Battle Angel helmer is teaming with Netflix to write, direct and produce the kid-focused superhero feature We Can Be Heroes, which will follow a group of children who have to team up to save the world after their superhero parents are kidnapped by alien invaders. Set to feature in the cast […]