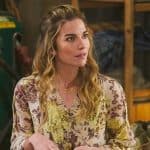 Deadline reports Allison Janney (Mom), Annie Murphy (Schitt’s Creek) and Ben Platt (Dear Evan Hansen) are in talks to star in the comedy The People We Hate at the Wedding. Directed by Claire Scanlon (Set It Up), the film is described as “a next-generation Four Weddings and a Funeral.” The film is an adaptation of Grant Ginder’s […] 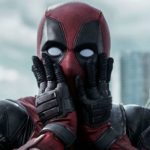 For fans of the Deadpool films, there’s finally some movement concerning the third installment. Since the Fox merger with Disney, Marvel Studios has been a bit muted about any updates. That’s changed now with some brand new writers brought on board for the next movie! Deadline reports that Wendy Molyneux and Lizzie Molyneux-Loeglin will write […]

Sony has stepped up pre-production preparations for its 21 Jump Street spin-offs by hiring a new set of writers to pen a script for the female-led version of the hit comedy franchise, according to The Hollywood Reporter. Bob Burgers writers Lizzie and Wendy Molyneux have signed on to work on a version of the script, […]