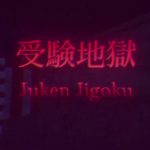 Indie studio W&H Game Systems has revealed that their Japanese themed horror game, Juken Jigoku | 受験地獄 will be released on Steam on Thursday 16th January.  This horror title has been inspired by the fears, anxiety and doubts that all students feel during their time at school, particularly during exam time.  The developer has released a […]