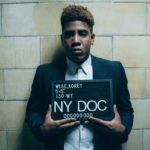 Ahead of its arrival on Netflix this Friday, the streaming service has released a new trailer for the Ava DuVernay-directed limited series When They See Us. Spanning between the years of 1989 and 2014, it follows the true story of five men of colour who were convicted and exonerated of a crime they did not […]