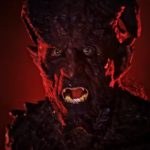 Screen Media Films has released a poster and trailer for writer-director Will Klipstine’s supernatural thriller The Harbinger which follows a family as they move to a small Midwestern town hoping to escape their troubled fast, but soon realise they have been followed by the evil they tried to escape when the locals begin to die; […]