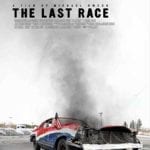 Red Stewart chats with Peter Albrechtsen about The Last Race and Wolfenstein II…. Peter Albrechtsen is a Danish sound designer and mixer who has been working in the film and television industries since the early-2000s. He is best known for his work on movies like The Girl with the Dragon Tattoo, Dunkirk, and Thelma. Flickering Myth had […]