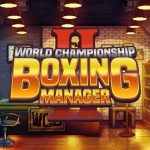 Get ready to re-enter the ring, as Ziggurat Interactive has announced the upcoming release of World Championship Boxing Manager 2, an official sequel to the classic 1990 boxing management sim. The new game will allow players to serve as business tycoon and boxing promoter, hiring trainers and recruiting a roster of boxers – including legendary fighters […]