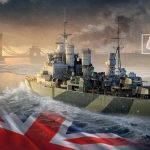 Update 0.9.1 has arrived for World of Warships and sees further expansion of the British Royal Navy with the addition of more heavy cruisers. These new ships are accompanied by the addition of a new highly decorated commander, a new map and much more.  Dasha Perova provides all the info in the trailer below… The […] 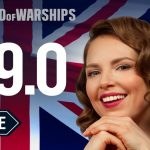 Update 0.9.0 is now live for World of Warships and sees the expansion of the mighty Royal Navy with the addition of a new series of British heavy cruisers.  These new ships arrive as part of a new British Cruisers event which will also introduce British Tokens, new Directives and Random Bundles.  Fan favourite Dasha […] 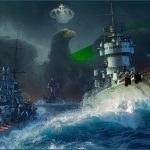 Wargaming brings two lots of goodies to ship captains today as they release update 0.8.9 for World of Warships.  This latest update sees the launch of the brand-new Italian cruiser line into early access and kicks off the Halloween celebrations with the return of Saving Transylvania and Sunray in the Darkness Operations. The Italian cruisers introduced […] 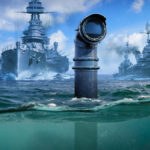 Developer Wargaming has revealed that submarines will be sailing into their hit naval battle game World of Warships as playable vessels.  Submarines have been a much requested addition by gamers since World of Warships launched back in 2015 so this inclusion will provide an extra dimension to the game. Initially there will be four playable submarines […] 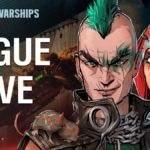 Currently underway is Rogue Wave, a brand new event for World of Warships on PC that takes commanders to a post apocalyptic world with new modified destroyers, an array of post-apocalyptic camouflages, a new four team game mode and a ever decreasing wall of fire that will force nerve shattering close quarters fighting.  See more […] 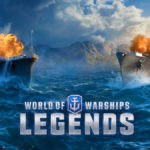 It’s not been that long since World of Warships: Legends sailed onto Xbox One and Playstation 4 but already we have a brand new update (around 1.5gb in size) that brings with it quite a few changes, including flag functionality, major upgrades to ships and more importantly the introduction of campaigns. Campaigns in World of […]

Andrew Newton reviews World of Warships: Legends… World of Tanks has been a phenomenal success on consoles and gained millions of fans so it seems only natural that Wargaming’s World of Warships has also sailed onto the Xbox One and PS4.  Naval combat games are in short supply and with a variety of different classes […] 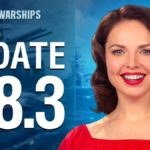 Update 0.8.3 will arrive tomorrow on World of Warships and will bring with it the start of a new Soviet cycle, a new friendly competition “Victory”, early access to Soviet battleships, a collaboration with Azur Lane and much more. Starting the series of Soviet updates is the Victory competition.  Starting Friday 26th April, this competition […] 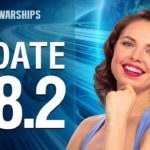 Update 0.8.2 will be arriving on World of Warships on Monday 1st April and will bring with it the new British Aircraft Carriers, the fifth season of Clan Battles and will take players back into space with the Space Warships Intergalactic Games.  Check out the new trailer below for more details on this out of […] 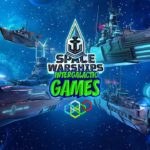 Starting this April, Wargaming will be sending millions of World of Warships players from the seas to outer space for a limited time event, The Space Warships Intergalactic Games.  This event is part of update 0.8.2 and will boldly take captains to planets far, far away for exciting battles that are out of this world.  […]