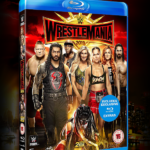 To celebrate the Blu-ray and DVD release of Wrestlemania 2019 (available to buy from 3rd June 2019) – we are giving away a Blu-ray to one lucky winner. It’s the biggest sports-entertainment spectacle of the year, a pop culture phenomenon, and the Show of Shows – WrestleMania! This year’s edition of the event is a […] 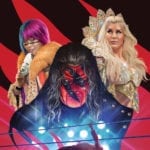 Boom! Studios and WWE have announced the upcoming release of WWE WrestleMania 2019 Special #1, an oversized one-shot special featuring action-packed stories of some of the most iconic moments in modern WWE history. “WrestleMania has brought us some of the most exciting, jaw-dropping moments throughout WWE history,” said Chris Rosa, Editor, BOOM! Studios. “Fans will […] 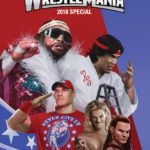 This coming Wednesday sees the release of WWE WrestleMania 2018 Special from Boom! Studios, and you can take a look at a preview of the oversized issue here… WrestleMania is the biggest event in the world of sports entertainment, and we’re celebrating it with an oversized one-shot showcasing the biggest WWE Superstars! This year’s special […]

After his clean loss at WWE Fastlane to The Big Show earlier this week, following months of ineffectual booking, people are starting to wonder whether someone’s got it in for Rusev backstage. It’s just the latest rumour in his and Lana’s WWE career. Back in 2015, the Ravishing Russian reportedly brought heat on the couple […]

As you might have noticed by all the red carpets and Meryl Streep speeches around at the moment, it’s awards season. So here’s a WrestleTalk award for Best Social Media Post of the Weekend, which goes to…Kevin Owens, in reply to Goldberg saying he’ll win KO’s Universal Title at WWE Fastlane: Good luck with that, […]

Ever since his racist comments were leaked as part of the Gawker sex tape lawsuit in 2015, Hulk Hogan has mostly vanished from WWE. His Hall of Fame profile has been removed from their website, you can’t find any Hulkster merchandise on their shop, and his WWE contract was terminated. Well, call of the search, […]

The Smackdown-branded Elimination Chamber pay-per-view had two huge title changes. Naomi, after nearly eight years in the company, finally added another WWE accomplishment to her Best Dance Moves of the Year 2013 Slammy Award: the WWE Smackdown Women’s Championship. And in the Elimination Chamber main event – which had a revamped design with a much more […]

Daniel Bryan hasn’t been on Talking Smack a lot recently because of Brie Bella’s impending birth, which means I haven’t been able to give a precise update on how many f**** he gives. Thanks to his return on this week’s episode, however, I can confirm…it’s still zero.  When Bryan and his Talking Smack co-host Renee […]

This week’s episode of Raw made official what’s been reported for a while: Goldberg will challenge Kevin Owens for his Universal title in the main event of WWE Fastlane. It was Chris Jericho who accepted the match on KO’s behalf, planting the seeds of their inevitable split, but Owen’s best friend forever isn’t the only […]

Not only was WWE’s biggest babyface Roman Reigns roundly booed for coming out at number 30 in last Sunday’s Royal Rumble match, he received even more heel heat when he eliminated The Undertaker. Partly because people actually like The Undertaker, and partly because it strongly implied what we’d be getting for Wrestlemania 33: The Deadman […]