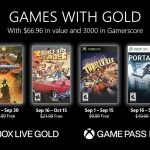 Xbox Games with Gold for September have been revealed and for the last month ever subscribers will receive an Xbox 360 game, which is a shame considering how many brilliant games there were for it.  That said, the 360’s swan song is a game that won many an award including the Golden Joystick Award for […] 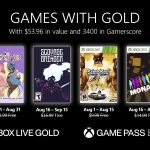 It’s the time of the month again when we reveal the Games with Gold line-up for August 2022 and there’s four new games for subscribers to download and play over the coming month.  Actually, that’s not quite true as the two backwards compatible games have been released on previous Games with Gold.   On the plus […] 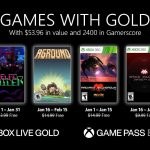 It’s that time of the month again when we see what joys Microsoft will be bringing us next month with Games of Gold.  As usual there will be four games available to all Gold subscribers released throughout the month and hopefully giving gamers something new to try out.  January’s offerings bring us a month full […] 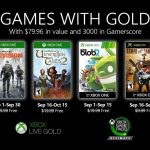 I know many gamers have found the recent months offerings with Games with Gold a little disappointing but that won’t be the case this September as there are some great games heading our way.   Throughout September, Xbox One gamers can get their hands on Ubisoft’s Tom Clancy’s The Division.  Set in the near future after a […]

After what seems like a lifetime of waiting Xbox Live have finally released details of their free games line up for May with the Games with Gold programme. Starting with the Xbox One, players will get chance to download the ultimate game in the tower defense genre, Defense Grid 2 from 1st to the 31st […]