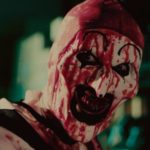 Marvelous Videos with nine horror movies to watch right now on Netflix… One of the best things about this new era of video-on-demand is that, at your fingertips, you can access all sorts of new projects. Back in the day, if someone recommended you something and you actually wanted to heed their words, you’d have […] 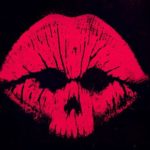 Syfy has announced that the female-crafted 2017 horror anthology film XX is in development as a TV series courtesy of producers Jovanka Vuckovic, Todd Brown, and Raquelle David. “Raquelle [David], Todd Brown and I, are developing XX as a television series,” said Vuckovic, who directed one of the four segments of the original movie alongside St. Vincent, […]

Ahead of its world premiere at the Sundance Film Festival next week, the first trailer has debuted for the all-female directed anthology horror XX. The film consists of four segments, helmed by Annie Clark (a.k.a. St. Vincent), Karyn Kusama (Jennifer’s Body), Roxanne Benjamin (Southbound) and Jovanka Vuckovic (The Captured Bird); check it out below after the […]

Singer-songwriter and multi-instrumentalists Annie Clark, better known as St. Vincent, is about to make a horror film. Yes, you heard that correctly, the brilliant mind behind “Digital Witness” is set to make her directorial debut in an all female-helmed horror anthology film called XX. Clark has officially just boarded the genre film anthology to be […]