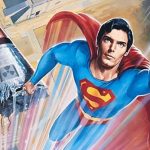 Back in 1983, the Superman franchise was in full swing, despite the tense and fractured on-set fights and fallouts which saw original director Richard Donner leave after Superman: The Movie before he was able to finish Superman II, released almost three years later under the new direction of Richard Lester. Both films were huge financial successes […]