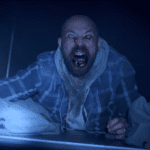 Netflix has released the first trailer for the first season of its Z Nation prequel Black Summer which sees Jamie King lead the cast as a mother in search of her daughter in the early days of the zombie apocalypse; watch the trailer here… A prequel set in the Z Nation universe, Black Summer is […] 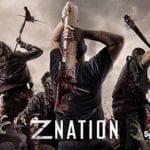 Syfy has cancelled its zombie drama Z Nation, with the show set to come to an end on December 28th with its fifth season finale. The news was announced by producer David Michael Latt with a video post on social media, which you can see here… #ZNation https://t.co/UfKAQlkkn5 — David Michael Latt (@DavidMLatt) December 22, […] 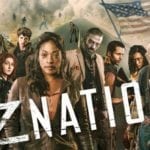 Netflix is set to expand the world of Z Nation, with the streaming service giving an eight-episode straight-to-series order to the spinoff Black Summer, which will be headlined by Jaime King (Hart of Dixie, Sin City). Black Summer has been created by Z Nation’s Karl Schaefer and John Hyams, who will serve as co-showrunners and […]

We chat to composer Jason Gallagher about scoring Z Nation… Now in its third season, Syfy’s hit zombie show Z Nation has proven to critics and fans that it is far more than a Walking Dead knockoff. It stands on its own as an entertaining zombie roller coaster ride with the viewer always wondering, “What […]

It’s Tuesday time! Which also means ‘loadsa new DVD and Blu-ray releases’ time for those lucky folk in the US. Here are our top picks out today (just click on the pictures to be taken to the order page): Nightcrawler Nightcrawler is a thriller set in the nocturnal underbelly of contemporary Los Angeles. Jake Gyllenhaal […]