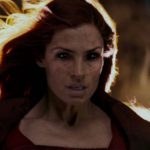 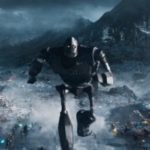 One of the best aspects of Ernest Cline’s Ready Player One is its unabashed affection for the past. Reading the book feels like a freefall into the 1980s, with each page packed to the brim with nostalgia. With that said, any film adaptation of Ready Player One would need access to this wealth of pop-culture […] 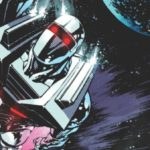 Fresh from adapting Ernest Cline’s Ready Player One for Steven Spielberg, Deadline is reporting that screenwriter Zak Penn has signed on to write the script for Rom: Spaceknight for Paramount and Hasbro’s Allspark Pictures. ROM is a cyborg from the planet Galador, a utopian society which comes under attack from the invading Dire Wraith. After […] 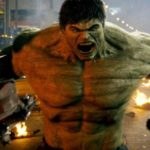 During an interview with Screen Rant to promote his new movie Ready Player One [read our review here], The Incredible Hulk and The Avengers screenwriter Zak Penn has revealed that he’s about to start work on a mystery new Marvel project. “I think I’m probably gonna come back,” said Penn. “I think I’m gonna do […] 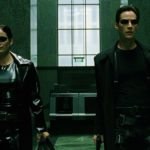 While doing the rounds for his co-scripting duties on Steven Spielberg’s Ready Player One (read our review here), Zak Penn has given an update on his foray into another cinematic virtual world, his rumoured Matrix movie. Originally reported as a reboot, Penn dismissed this last year, at around about the same time stories began to […]

Since word came on Tuesday that Warner Bros. is developing a reboot of The Wachowski’s groundbreaking 1999 film The Matrix, it got many people talking about how The Matrix should never be rebooted, or how now is the perfect time for a reboot of the franchise. Zak Penn, the screenwriter who is in charge of writing the new […]

Rounding up yesterday’s big news stories… THE MATRIX REBOOTED The big story from yesterday is a report that Warner Bros. is in early development on a reboot of The Matrix, having tapped Zak Penn (X-Men 2, X-Men: The Last Stand, The Avengers) for a new take on the material, which could potentially star Michael B. Jordan […]

Back in March, Paramount announced its plans to form a Transformers shared movie universe using both direct sequels and spin-offs. Producer Akiva Goldsman will head up a “brain trust” to wrangle the various creative threads of each installment, and now he’s found his team. According to Deadline, The Walking Dead creator Robert Kirkman, Iron Man scribes Art Marcum and Matt […]

It was announced last year that Zak Penn (The Incredible Hulk) had been hired to write the screenplay for Pacific Rim 2 along with original writer and director Guillermo Del Toro. On the latest episode of the Flickering Myth Podcast, we caught up with Penn to talk about his new documentary Atari: Game Over, as well as […]