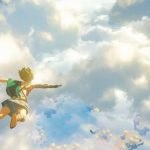 Your favorite Hyrule Warrior is back for another round of stunning gameplay. For years, fans have clamored for a follow-up to the beloved 2017 game, The Legend of Zelda: Breath of the Wild. Nintendo finally answered those prayers with some of the first footage for Breath of the Wild 2. Producer Eiji Aonuma noted “that […]

THR is reporting that Jennifer Lawrence has signed on to play the jazz age icon Zelda Fitzgerald in a new biopic which is being developed by Inferno helmer Ron Howard. The biopic – currently titled Zelda – has been written by screenwriter Emma Frost (The White Queen), and tells the story of Fitzgerald, a socialite, […]

The Legend of Zelda: Breath of the Wild had its first, true unveiling at Nintendo’s E3 2016 show yesterday, which showcased the game’s impressive open world, new gameplay mechanics and art style [watch the trailer here]. However, one thing that has barely been addressed is the NX version of the title, which was announced just […]

During the Nintendo Direct today, Nintendo revealed the release date for The Legend of Zelda: Majora’s Mask 3DS – February 13th. This date is the same as the European and American release date of the New Nintendo 3DS and XL, which means Majora’s Mask is launching alongside it. The UK special edition of the game […]

Hyrule Warriors is getting its second piece of DLC, themed around Twilight Princess, on November 27th. The new pack adds Twili Midna as a playable character – this is Midna’s true form, which she only appears in at the very end of Twilight Princess. While Midna is the main attraction of the pack, there will […]