With reports spreading across the DC/Warner Bros. fence this week that we might well be looking at a number of stand-alone movies from the DC Comics world, talk of possible adaptations has been rife once again. Ironically, stepping back momentarily from the DCEU could end up being a major leap forward for the studio, especially since they’ve been playing third fiddle to Marvel and Fox in the superhero arena for almost half a decade by this point.

A Todd Phillips and Martin Scorsese-backed Joker origins movie seems to already be on the cards as the spin-off universe’s starting point, and we’re still not entirely sure where David F. Sandberg’s Shazam movie is going to sit within the timeline. Not having to play within the boundaries of the Justice League’s world will certainly do both some favours in the long run, not to mention the ridiculous wealth of stories Warner Bros. have at their disposal, but have never been able to get off the ground due to commitments to the core universe.

So without much further ado, here’s some picks for DC Comics storylines that really deserve the big-budget, stand-alone treatment. 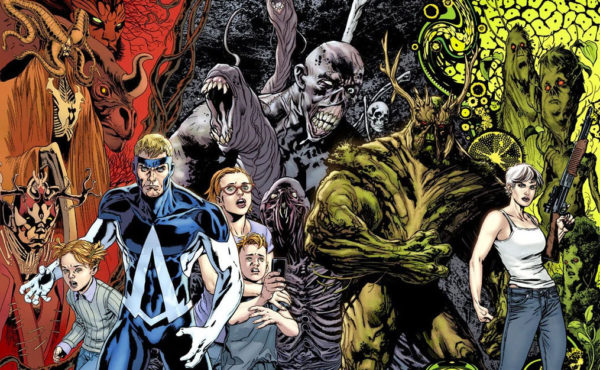 Animal Man’s been around for a lot longer than most people seem to realise. Originally conceived in the 1960s, he eventually rose to cult stardom as the product of Grant Morrison and Chas Truog banging their heads together in the late 80s. Buddy Baker and his various animal mimicking abilities returned to DC from Vertigo as part of the New 52 strand a few years back in a big-way, kicking off Jeff Lemire’s epic Rotworld saga that would go on to include the likes of Swamp Thing too.

Sticking to the basics though, the series essentially explored the relationship between the three key forces that keep earthly balance in place: the Red (animals and living things), the Green (plant life) and the Rot (decay and death). When Buddy realises his own young daughter (who has herself been displaying abilities similar to Animal Man’s) has been slated to be the protector of the Red, he and his family find themselves set upon by various agents of the Rot; decayed creatures that want to bring an end to all life as we know it.

It’s an epic, dimension-spanning story that involves everything from earnest family drama to the rotted, zombified corpses of all the favourite DC heroes and villains. With the right writer and a visual effects budget to boot, it could even expand into a serious trilogy, with some great horror roots.

Who should direct it? Imagine someone like Trollhunters’ André Øvredal or even The Hallow’s Corin Hardy behind it and you might be half-way there. 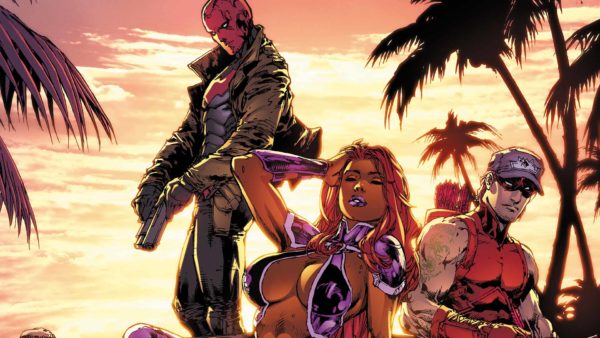 Another fairly short-lived series that popped up in the New 52 wave, this one could be like an even nastier, even more intergalactic DC answer to Guardians of the Galaxy. For those out of the loop, Red Hood is the criminal alias taken over by Jason Todd (a former, at one time deceased, Robin); he’s basically kind of like Star Lord meets The Punisher, and his backstory is messy to say the least. The ‘Outlaws’ of the  Vol. 1 title refer to his “friends” Arsenal (snarky Green Arrow/angry Hawkeye) and Starfire (a space princess who can fly and shoot friggin’ laser beams out of her hands). Together they basically traipse across the galaxy, running and gunning all over the place.

There’s a few issues with their set-up from the comics for sure; Red Hood’s history could do with some clipping and the seriously over-sexed Starfire needs a re-design pronto, but the base characters here are hugely fun and could really take-off in an R-rated Guardians style way.

Who should direct it? Someone both snarky and dark humoured enough, with a good handle on action, like Mayhem’s Joe Lynch.