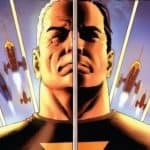 While the rumours of an Attack the Block sequel continue to do the rounds, Joe Cornish has settled on his next project for 20th Century Studios with an adaptation of Mark Millar’s comic Starlight. According to Deadline, Cornish will write and direct Starlight, which tells the story of ‘a space hero who saved the universe […] 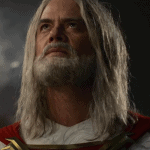 Netflix has debuted the first trailer for Jupiter’s Legacy, the streamer’s upcoming live-action adaptation of Mark Millar and Frank Quitely superhero comic book series of the same name; check it out here… After nearly a century of keeping mankind safe, the world’s first generation of superheroes must look to their children to continue the legacy. […]

After launching the marketing campaign for Jupiter’s Legacy earlier this month, Netflix has now shared another image from its upcoming adaptation of the Mark Millar superhero comic book series which sees Josh Duhamel’s The Utopian taking on the supervillain Blackstar, played by X-Men’s Tyler Mane; take a look here via Empire… SEE ALSO: Mark Millar […] 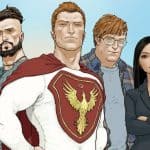 Mark Millar is set to return to the world of Jupiter’s Legacy for the new sequel miniseries Requiem, which promises to pick up story threads from the upcoming Netflix TV adaptation when it launches through Image Comics this June. Get yourself a preview of the issue here, along with comments from Millar below… “When I […] 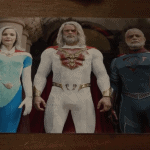 Netflix has released a ‘from comic to screen’ promo for Jupiter’s Legacy which gives us our first look at characters from the upcoming live-action adaptation of Mark Millar’s superhero comic book series. “It all ties into this big science-fiction concept,” Millar tells Entertainment Weekly. “But then you can knuckle it down to something even simpler: […] 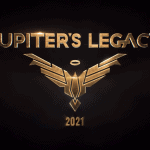 Netflix has released a brief teaser for the upcoming liver-action adaptation of Mark Millar and Frank Quitely’s acclaimed Millarworld superhero comic book Jupiter’s Legacy, which reveals that the series will land on the streaming service on May 7th; take a look here… After nearly a century of keeping mankind safe, the world’s first generation of […] 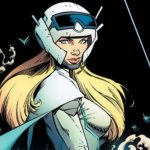 Last year it was announced that Sandra Bullock would be following up the critically acclaimed Bird Box by reuniting with Netflix to produce an adaptation of Mark Millar’s Millarworld comic book series Reborn. The project is being scripted by Chris McKay (The LEGO Batman Movie), and now comes word that rising screenwriter Bek Smith (Zoo) […] 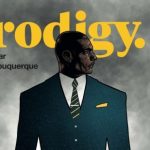 According to Discussing Film, Netflix has enlisted Matthew Firpo and Ryan Firpo, the screenwriters behind the upcoming Marvel Studios blockbuster Eternals and Margot Robbie-headlined Ruin, to pen a feature adaptation of Mark Millar’s Prodigy comic book. Created by Millar in 2018, Prodigy follows Edison Crane, “the world’s smartest man, who isn’t content with running the […] 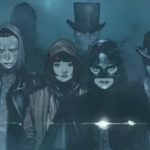 Aquaman director James Wan and screenwriter Lindsey Beer (Sierra Burgess Is a Loser) are teaming for an adaptation of the Mark Millar comic book series The Magic Order. The comic, which Millar’s first publication following Netflix’s acquisition of his Millarworld company, is described as a “multigenerational story follows five families of magicians who are sworn […] 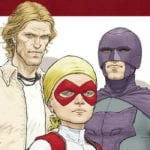 After filling out its cast for the upcoming Mark Miller superhero adaptation over the weekend, Netflix has now unveiled a list of character breakdowns for the upcoming Jupiter’s Legacy TV series. Check them out here, along with the official series synopsis… JOSH DUHAMEL is Sheldon Sampson. Sheldon Sampson (The Utopian) is the storied leader of […]