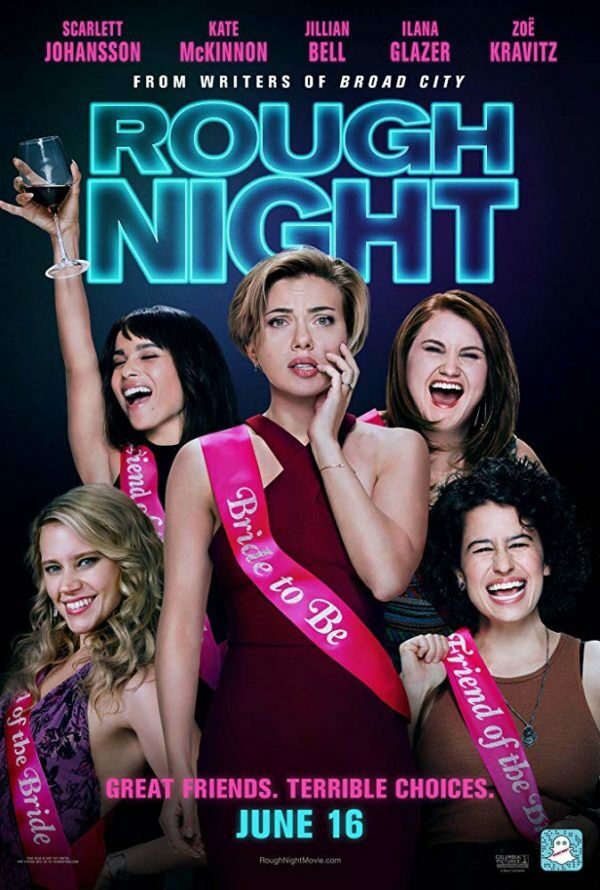 Things go terribly wrong for a group of girlfriends who hire a male stripper for a bachelorette party in Miami. 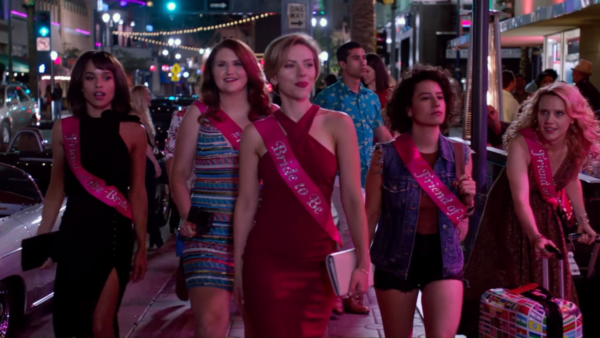 Although Rough Night is a female star-powered display of drunken shenanigans, it could also be perceived as a step backward for the progress recently made by such films as Wonder Woman. For most of its running time, it is nearly impossible to like any of these women or sympathize with their situation; they got shitfaced wasted and accidentally killed a male gigolo. Give me one good reason why I should be rooting for the bachelorette party ragers to NOT get caught and be convicted by the authorities, especially when Jess (Scarlett Johansson in a refreshing role from what’s normally to be expected from her, and one that allows her to let loose showing a vulgar comedic side), the bride-to-be, is also a politician running for some type of important position.

Maybe if Rough Night (written and directed by Lucia Aniello and other scripters of hit television comedy series Broad City) had chosen the route of temporarily knocking out the aforementioned male stripper or even settling for paralyzing the poor, innocent guy, the movie could get away with playing jokes regarding erasing evidence and hiding the body for laughs. Otherwise, what’s left and what Rough Night disappointingly does become, is a fucked up experience with a happy ending for all involved and no lesson to be learned, which should be of the utmost importance when dealing with involuntary manslaughter. The acceptable approach would be to abandon delivering a safe ending in favor of playing up the horrifying situation as pure, black comedy with a rough outcome. 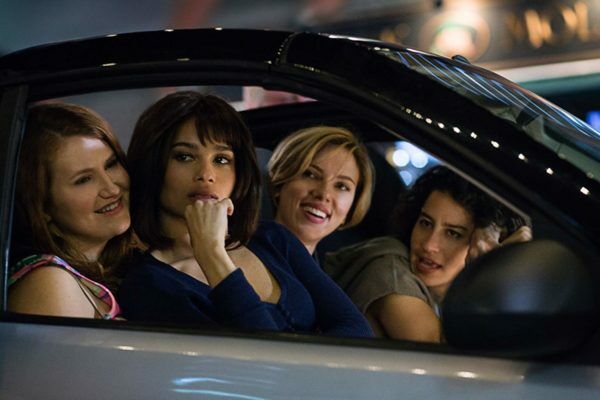 Rough Night admittedly does have quite a few surprises in store (the plot loves keeping audiences on its toes), which actually does make the experience engaging to witness unfold, but it’s also clearly just spinning gears to pave the road for said happy ending. Still, the film absolutely deserves to be applauded for juggling tones and finding creative ways to toss curveballs. Take Jess’ boyfriend Peter (Paul W. Downs) for example: before the rest of the girls end up purposely smashing her phone, she does let slip that a bad incident with a male stripper occurred, which he automatically assumes is an act of adultery. As a result, Peter consumes an unhealthy amount of Adderall and energy drinks, driving full speed all the way to Miami wearing adult diapers, because hey, time is precious and ain’t nobody got time for bathrooms. His goal to prove how deep his love runs and inquire if his dick is getting the job done in bed. This also culminates with a payoff that is one of the funniest moments of the year, and that’s saying something because my sides were already splitting at the sight of him speeding down the highway looking super focused and downright terrifying with Marilyn Manson’s The Beautiful People blasting from the radio.

Anyway, Rough Night is obviously about the ladies, and thankfully they all have hilarious chemistry and camaraderie with one another. Sure, the women are mostly all made up of tropes (the obvious comparison to this comedy is The Hangover with chicks, and Jillian Bell does a wonderfully outrageous job at portraying the immature and obnoxious group member), but the talent is there to outweigh that con. I know I just mentioned Jillian Bell, but seriously, it’s about goddamn time she got a role beyond the minor supporting character position as she is one of the most underrated and underappreciated comedic actresses in the business today. It also helps that some of the caricatures are ones relatively new to the screen, such as overly progressive liberals that speak in foreign language terminology like cis-male (Ilana Glazer), along with her previous romantic partner played by Zoe Kravitz. Kate McKinnon also plays a wacky Australian doing what she does best, making crazy faces with bug-eyed expressions. 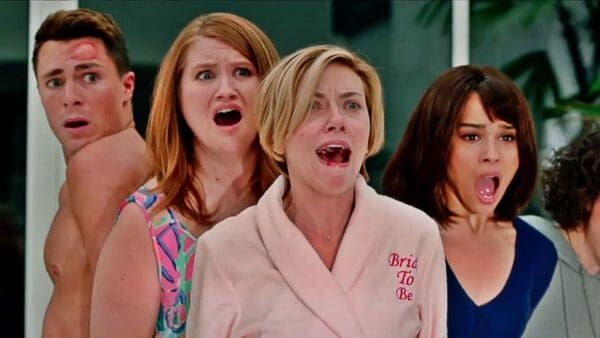 The characters and their banter among each other are enough to pull Rough Night off the ground from a wasted faceplant, but ultimately the story doesn’t go dark enough, cementing its slight downfall. Admittedly, there are jabs here and there about the absurdity of politics and other criminal cases, but it lacks a savage enough bite. Thankfully, the infectious fun from the cast is enough to make hanging around these ladies worth the price of admission, even though they are generally unlikable and make terrible decision after terrible decision. If only the movie had the balls, or in this case ovaries, to meet the Hollywood machine halfway going for a bleaker resolution to the drunken mishap.