As the James Cameron classic returns in 3D this week, Freda Cooper has a guide for the uninitiated…..

Every film fan has a gap in their knowledge: it’s nigh-on impossible to see everything, no matter how hard you try.  So, ladies and gentlemen, I present a recently filled chasm in my film-going history.  Terminator 2: Judgment Day.  One with a huge following, one that’s regarded with not just affection but also a great deal of respect, and one of the first sequels to be as good, if  not better, than its predecessor.  And, no, I haven’t forgotten The Godfather Part II.

It gets the 3D treatment, as supervised by director James Cameron himself, for one night only in cinemas around the UK this Tuesday, 29th.  Fans will no doubt have booked their seats already, but what about the newbies coming to it fresh? 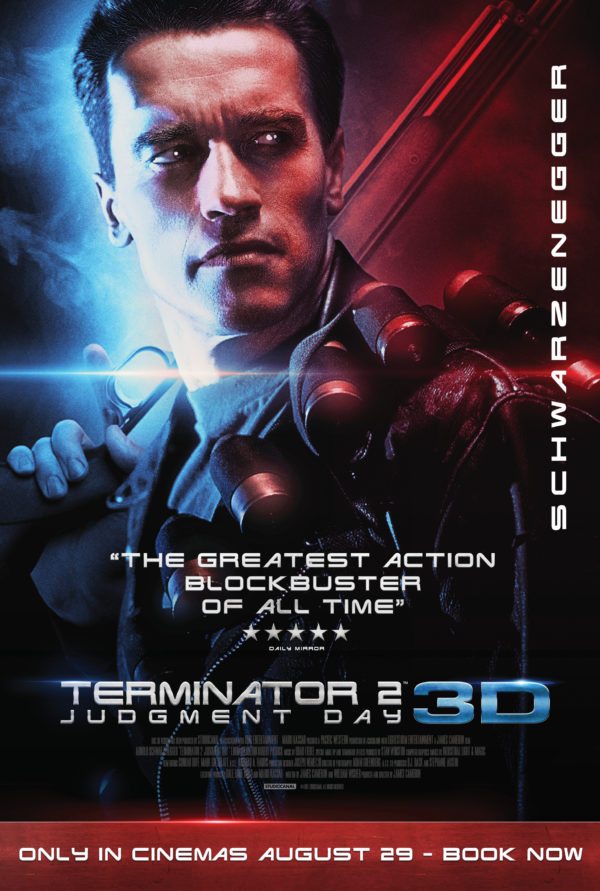 Some background first.  The setting is 10 years after the first Terminator, in a post-apocalyptic world ruled by machines.  Sarah Connor (Linda Hamilton) is trying to protect her son, John (Edward Furlong) who will eventually grow up to lead the human resistance.  On their tail is a new cyborg, the T-1000 (Robert Patrick), who’s been sent back in time to eliminate the child.  But sent from the future to defend John and Sarah is The Terminator (Arnold Schwarzenegger), identical to the one who failed to kill her 10 years ago.

Now that you know that, here’s five things to watch out for. 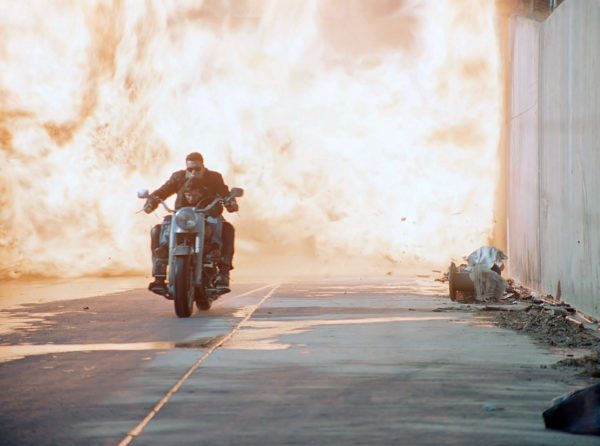 In 1991, the special effects were seen as groundbreaking: at the time everybody wondered how on earth some of them happened.  Given our CGI-driven expectations now, they stand up remarkably well.   The T-1000 is literally mercurial and has an extraordinary ability to put himself back together again.  And the final scene where The Terminator disappears forever (?) is impressive.  Sometimes, you just don’t need CGI…

No blockbuster is complete without at least a smattering, and here most of it comes from Arnie’s “fish out of water” cyborg at odds with human behaviour and language.  All the quotable lines are there, just like you’d expect, but he has a wonderful knack of taking things literally.  And watch how he picks up a baby!  He doesn’t get it all his own way, though: the T-1000 has his moments, as does the soundtrack …..

No messing. Robert Patrick is fabulous as the seemingly indestructible, shapeshifting cyborg, hell-bent on destroying Sarah and John Connor – and Arnie too, if that’s what it takes. He has the ice-cold eyes, the physique, the special effects don’t go and, most remarkable of all, he has very little to say for himself, only speaking a handful of times in his own voice.  A scene stealer par excellence.

There’s a strong sense of déjà vu, but in a good way.  In the 26 years since its release, subsequent films have drawn heavily on Terminator 2: Judgment Day.  The resourceful Sarah Connor is a forerunner of today’s strong female leads, but at a time when that type of role was akin to hen’s teeth.  Some of the settings predict Mad Max:Fury Road and Logan. And that’s just for starters ….. 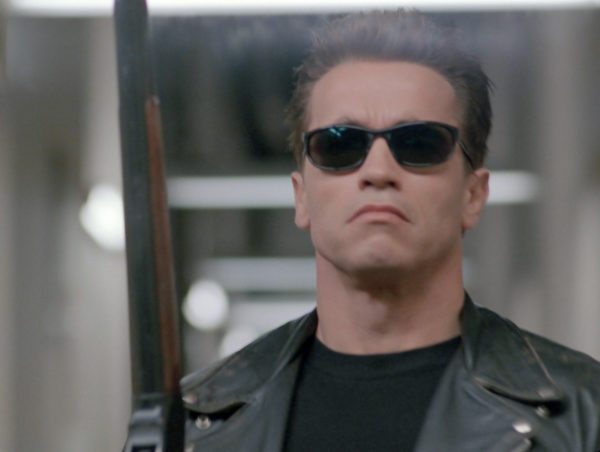 It would be rude not to mention him and, let’s face it, it wouldn’t be Terminator 2: Judgment Day without him.  These were the days when his style of acting was positively wooden, but that very stiffness is perfect for the cyborg.  He plays it straight down the line, whether he’s aiming for humour or otherwise.  Those quotable lines were just a bonus.

But is it any good?  Terminator Genisys had been my only experience of the franchise until now, and it was deeply unimpressive.  Seeing Terminator 2: Judgment Day just reinforced that opinion.  And while I may have only seen it once – so far, anyway – and I’m not steeped in the trivia, this is a thunderingly good action movie, one that more than stands up against today’s offerings.  So, if you’re a newbie, you’re in for one hell of a good time.  Perhaps it’s time I saw the original Terminator ……

Terminator 2: Judgement Day is screened in 3D around the UK on Tuesday, August 29th.