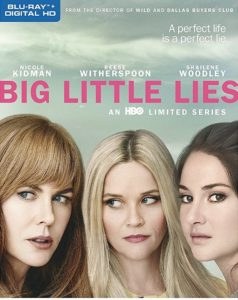 Big Little Lies, which was based on a popular novel by Liane Moriarty, aired on HBO earlier this year, and now all seven episodes are available on Blu-ray. The bonus features are scant, but a code for digital copies of the episodes is included too. 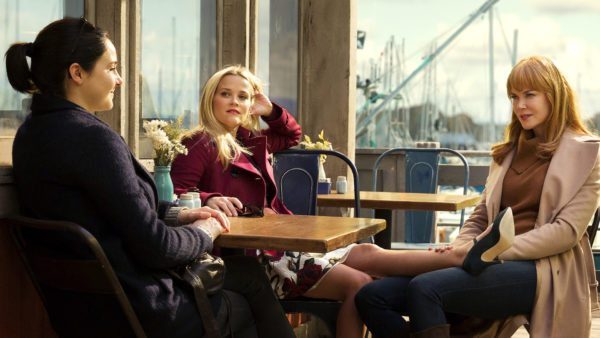 Big Little Lies isn’t the kind of series that I would usually be interested in, given its soap opera-ish thrust, but I gave it a shot based on recommendations from my wife and daughter. Its “I’ve seen these kinds of people before” quality compelled me to keep watching, despite a plotline that turned out to be largely predictable.

Set in Monterey, Calif., Big Little Lies tells the story of four women whose lives revolve around their children and the local elementary school. Jane Chapman (Shailene Woodley) is a newcomer whose son, Ziggy, is accused on the first day of school of choking a classmate, Amabella, daughter of Renata Klein (Laura Dern).

Jane doubts her son could do such a thing, and the incident gives another mom, Madeline (Reese Witherspoon), an opportunity to befriend her because she’s always found Renata’s careerism annoying. Madeline is friends with Celeste (Nicole Kidman), whose twin sons are in the same class as Ziggy and Amabella. Madeline is a stay-at-home mom who’s involved in a production of the musical Avenue Q, which has drawn the ire of Renata because it stars puppets but its storyline is of the adult variety. 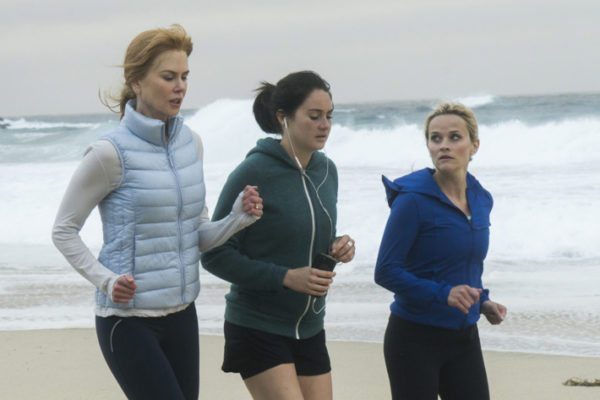 Every community has its secrets, of course, and Big Little Lies quickly establishes a few of them. Madeline is conducting an on-and-off affair with Avenue Q’s director. Celeste’s husband has been abusing her for years. Jane was raped by someone she had just met who quickly disappeared afterward, leaving her pregnant with Ziggy.

The series also opens with a mystery that carries through its seven episodes: someone was murdered during a school event. We don’t know who was killed, nor who the murderer was, but each episode has comments from witnesses sprinkled through the story. Those observations are from police interviews, and they serve to give the community’s perspective on the main characters. Sometimes they give the show a bit of a Rashomon air as a witness’s comments clearly contradict something we see happen.

A police detective watching the interviews appears sporadically during the series. She sometimes expresses frustration with what the witnesses are saying as she absent-mindedly flicks a lighter. The sound of the lighter flicking can also be heard during scenes where she isn’t visibly present, giving the impression that she’s watching various suspects from afar. (Kudos to my daughter for pointing that out to me). 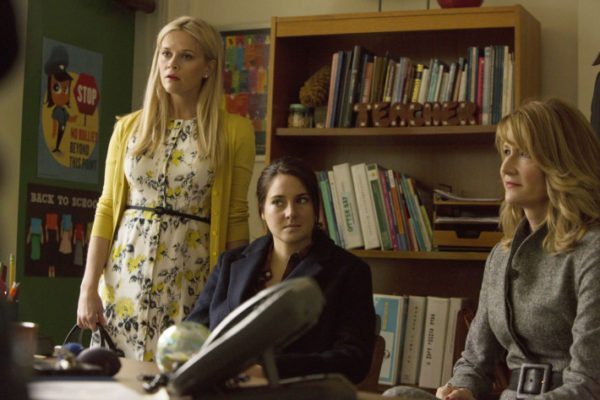 The resolutions to the series’ various mysteries are not as surprising as I hoped they’d be. I figured out the identity of Ziggy’s father early on, which meant the reveal of the murder victim wasn’t much of a surprise. The killer’s identity was intriguing, but it also came out of left field because there was no supporting evidence explaining why that character would suddenly act in such a manner that evening. My daughter told me that the book fills in those details.

In the end, my interest in the show revolved around the characters’ similarities to people I’ve known through my kids’ schools. While Big Little Lies obviously portrays an exaggerated reality (I’ve never been to a school event as elaborate as the trivia night shown in the last episode, and there was certainly never any alcohol served), I could see kernels of truth.

I’ve known moms as catty as some of the ones on the show, and I was in a stepfather situation similar to the one Madeline’s husband is in. I’ve also been privy to some dirty family secrets, and I had the pleasure of talking to a mother who was horrified at the sight of the f-word on a marquee at our downtown theater. Luckily, I’ve never been at a school event where someone was murdered. 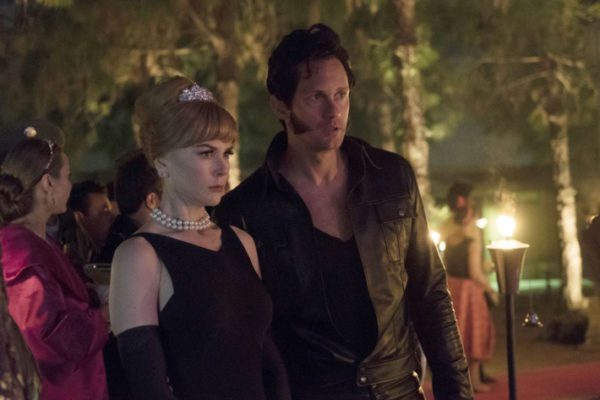 This Blu-ray release features all seven episodes on three discs. The bonus features are scant. They consist of the “inside the episode” micro-features, running about a minute each, that were shown on HBO for all but the second episode, as well as the 7.5-minute About Big Little Lies featurette that quickly skims the surface of the making of the series. Writer/producer David E. Kelly, director Jean-Marc Vallée, and various cast members offer comments in all six clips.

There’s also a code that gives you digital copies of all seven episodes.