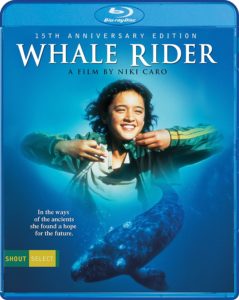 Whale Rider was a minor success upon its release in 2002, propelling Keisha Castle-Hughes to bigger roles and winning some critical acclaim for writer/director Niki Caro and her cast. Shout! Factory has brought it back on Blu-ray with mostly the same bonus features found on the original DVD release. 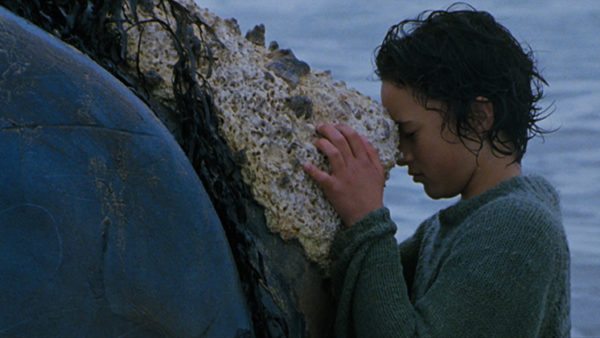 Want to see one of the Sand Snakes from Game of Thrones when she was just a kid? Then check out Keisha Castle-Hughes’ debut in Whale Rider, which has been brought back by Shout! Factory in a new 15th Anniversary Blu-ray edition that’s part of their Shout! Select line. Fun fact: She was nominated for an Academy Award for her performance and at the time was the youngest actress ever given a nod in that category.

Castle-Hughes stars as Paikea “Pai” Apirana, whose mother and twin brother died in childbirth. That inauspicious beginning to her life threw a wrench in her Maori tribe’s plans, because her brother was next in line to succeed her grandfather, Koro, as chief. Koro not only unfairly holds the circumstances of her birth against her but is also irritated by her name because Paikea was supposedly the first to arrive, riding the back of a whale, at their seaside village 1,000 years ago.

Koro, of course, insists that only a boy can go by that name and become tribal chief. That sets the stage for a conflict that probably goes back to the earliest days of hunter-gatherer tribes. Pai wants to turn her tribe’s gender roles upside-down, but Koro is not about to abandon traditions he has always held dear. I’m sure you can find a few people like that in your extended family. 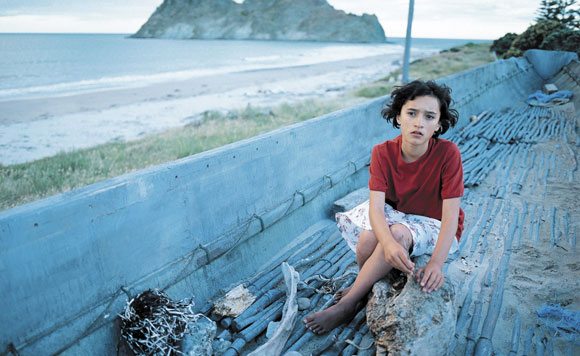 However, Koro has a bit of a soft spot for his granddaughter, since her father is away in Germany, and he grudgingly allows her to watch from afar as he sets up a school to teach the local boys the old ways and compete to see who will become the new chief. As the storyline progresses, Pai fills us in on what she’s thinking via a voice-over that hits the right notes without being overbearing, which is always a risk with voice-overs. Some aspects of Maori culture, such as the traditional nose-to-nose male greeting, are left unexplained, but most of it isn’t hard to figure out.

Sure, the ending is one that you can see coming from far away, but that’s okay because the characters are engaging and the glimpse into Maori culture is interesting for those of us who are WASPs of European descent. It’s also worth noting that gender and generational conflicts can happen in any culture, at any time. And the fact that Witi Ihimaera, who wrote the novel on which the movie is based, is Maori helps lend credibility to the proceedings.

Writer/director Niki Caro isn’t Maori, but she is a New Zealand native, so she brought some authenticity to the movie too. She recorded a commentary that digs into a variety of topics, including how she chose the real Maori village where the movie was filmed and why she made certain changes when adapting Ihimaera’s book. 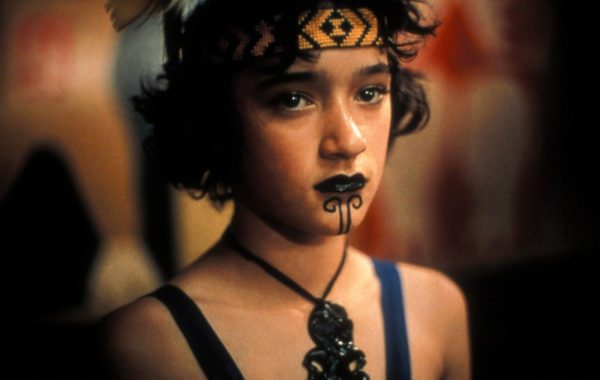 Caro and Ihimaera also recorded an optional commentary for eight deleted scenes that are also included. Some of the scenes could have been left in the movie, since they helped expand on certain relationships between characters, but sometimes nice moments still need to be cut because they knock the film off-kilter a bit.

The commentaries and deleted scenes were ported over from the original 2004 DVD release, along with Behind the Scenes of Whale Rider, which runs about 30 minutes, and Te Waka: Building the Canoe, a 10-minute piece about the creation of the movie’s most important prop. Also brought over from the earlier disc are the theatrical trailer, five TV commercials, and a photo gallery. Isolated selections from the score were dropped for the Blu-ray, though.

The only new bonus feature here is a six-minute chunk of Castle-Hughes’ screen tests, which showcase a young talent who was clearly headed for bigger and better things back then.