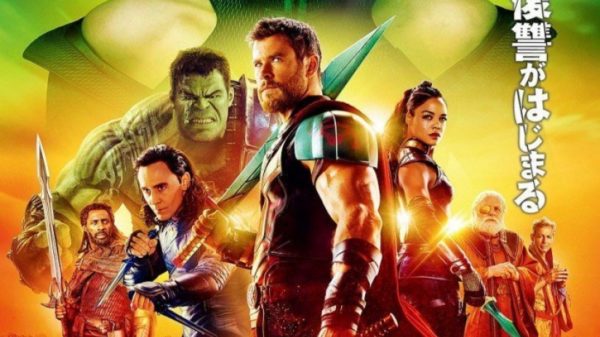 In this age of franchises and shared universes, actors are often faced with a mental struggle when it comes to keeping a certain look across many films. It can’t be easy being bald, growing a huge beard, or wearing an itchy wig on set when it’s a look that you don’t personally enjoy, or is simply uncomfortable on set. Thor actor Chris Hemsworth apparently falls into the latter category. In a recent Entertainment Weekly feature, Hemsworth not only expressed his enthusiasm for the God of Thunder’s new haircut in Thor: Ragnarok and Avengers: Infinity War, and says the new do has actually enhanced his performance:

“When I didn’t have the wig on, I instantly felt like I could move and speak and react differently. Once we aesthetically stripped a lot of that away, it allowed the whole thing to take on a different attitude. It felt like a completely different character, and that was hugely liberating and freeing as an actor because I had become a bit bored with myself.”

Aside from Hemsworth’s new hair, Thor: Ragnarok is looking like the most bold and visually stunning movie Marvel Studios has ever put out, and this is post-Guardians of the Galaxy and Doctor Strange, so that’s saying something. During the feature, director Taika Waititi chimed in with some insight into what inspired him to try something so aesthetically different with Thor: Ragnarok:

“The look is inspired a helluva lot by Jack Kirby and his art. I loved the kind of cosmic trippy vibe of the Thor comics. I’ve often said if Freddie Mercury were alive, I would have asked Queen to do the soundtrack. The movie just has that feel: It’s a cool, bold, colorful cosmic adventure.”

We don’t have much longer before we can see this love letter to Jack Kirby’s work up on the screen. Now, try and picture a Thor: Ragnarok soundtrack made by Queen. It’s almost too much for the mind to handle.