Alex Moreland chats with Stephanie Maslansky, costume designer for The Defenders, about all things Marvel…

What drew you to working on the Marvel Netflix shows? How did you first become involved with them?

When I heard that Daredevil was the first in a group of superhero TV shows being shot in NYC, my interest was piqued. I loved the idea of reinterpreting these comic-book superheroes as streetfighters, grounded in an authentic, gritty New York. I wanted to meet the producers for the job. An interview was arranged and I presented my ideas based on reading the pilot script for Daredevil, first season. Fortunately, they liked my ideas and portfolio. They offered the job to me.

How do you strike a balance between staying faithful to the iconography of the comics, and the need to make practical modern costumes?

I first consider the fans and recognize how important the look of these reinterpreted characters will be to them. I love paying homage to those historical illustrations. But it doesn’t have to be exact! Matt Murdock’s attorney/suited look is far closer to how we dress Charlie Cox than, for example Luke Cage’s iconic look from the 70’s—but it is a bit closer to the illustrations of the early 90s. Most importantly, these are action heroes with a lot of movement and stunts, so all clothing must be adapted for that. If there’s no stretch in the fabrics, we must add it with spandex gussets under the arms and between the legs. We disguise the spandex by painting and texturizing it so it matches the fabric of the garment—a suit for example. We use garments with stretch whenever we can, as the stunts must be accommodated. 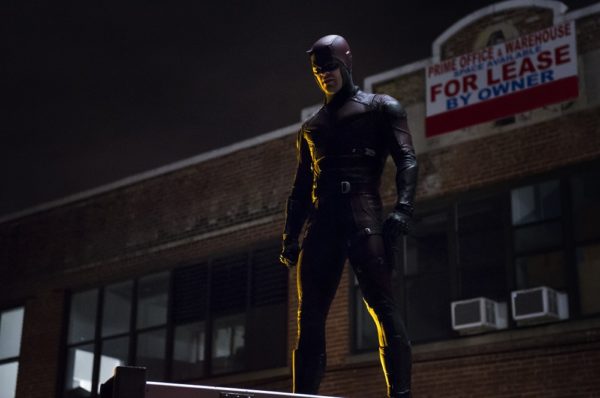 How does it feel when reception to some of the costumes is less positive? For example, Daredevil’s red costume was somewhat controversial, as was Iron Fist’s less traditional outfit.

Everyone is entitled to their own opinions. The costumes must serve the story and the actors. There are many considerations when designing and building costumes. I’d love the fans to love everything we do, but I’m happy if they love a solid majority!

I can’t reveal much but I will say this: Sigourney’s character is most enigmatic… her background and origin are a mystery. But you are aware of her power, fierceness and sense of personal conviction. I wanted her clothing to convey mystique and history. It has an ancient quality to it. There are a lot of metallics and natural colors. Is she a warrior? Do the clothes convey a perception of armor or protection? Is there a metaphorical sense of her being rooted to the earth? I hope so….

When Luke Cage first premiered, a lot was made of the similarities between his hoodie and that of Trayvon Martin. Was that a conscious nod?

Yes, it was most definitely a conscious nod to that, and the Black Lives Matter movement. The timing was tragic, and the connection was inherent.

This is the main job of a costume designer. We carefully read the script and have many meetings where we discuss ideas. Essentially you want to convey a character’s present, as well as the past and even some of the future. Color and texture is important as well as silhouette. Economic status, state of mind, state of health, country of origin, political leanings—these are some of the many notions to be conveyed through costume.

How much of the costuming process is a collaborative effort between you and the actors?

It’s very collaborative. The actors need to embody these characters and feel who they are. I encourage feedback, even from day players. It’s very important for an actor to be comfortable and to feel unrestricted, particularly because these shows have so much action and stunts. 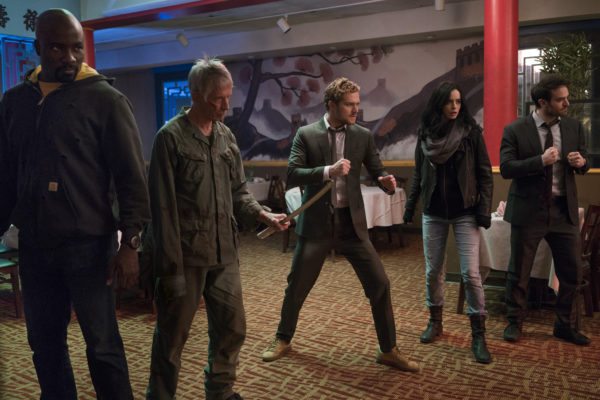 How does it feel to see fans replicating your costumes to wear themselves?

It’s exciting and flattering to see fans dressing up in the characters we’ve helped to create. I particularly enjoy fans reaching out to me with requests for info about where to find certain items that caught their eye, either for Cosplay or personal use.

How did you first get into costume design?

I’ve always had an interest in fashion and history. I love art and photography. As a kid, I became fascinated by the workings of a sewing machine and learned how to make just about anything. I have a liberal arts degree, and I’ve travelled a lot while taking lots of photos. After college, it occurred to me that costume design might be a great career choice for me, as it accounted for so many of my personal interests. I started out as an intern in the Guthrie Theatre Costume Shop in Mpls where I grew up and returned to after college at UW-Madison. I moved to NY at the end of the internship and started from the bottom, working as a shopper in costume shops all over NYC.

What’s the most difficult aspect of your job?

This job requires extraordinary commitment in terms of time. It is not a 9-5 job. I’d say the most difficult challenge is balancing a personal life with a professional one.

In turn – which aspect of your job do you enjoy the most?

I love how creative the jobs are. I enjoy the challenges of re-interpreting the illustrations of historical characters for live action in the current era. I also love the collaborative nature of the work. I have a great team. We have a lot of joy in working together to help build these worlds inhabited by NY street-level Superheroes.

What advice would you have for someone hoping to go into the same field?

Ask around, see if anyone knows anyone in production that can introduce you, knock on every door and reach out to friends of friends. Follow up. Be prepared to intern if you’re a student. Be prepared to start at the bottom, and be aware of how competitive it is—be as helpful as possible, whenever you get a job. Always ask what else there is that you can help with. Hone your listening, people, and organizational skills. Use social media to get entre—Craigslist, Facebook. There are so many opportunities to do costumes and wardrobe when you’re starting out. Try all of them. OBSERVE WHO’S AROUND YOU and how they dress. Look at art, photography, fabrics, film, theatre. Read!! Don’t be afraid to ask.

Is there anything you can tell us about any of your upcoming projects, and what you’re going to do next?

I’m currently working on Luke Cage season 2. My collaboration with Marvel has been particularly rewarding due to the array of genres covered throughout all the series. I’m happy to continue working for Marvel, as long as they keep inviting me.

Stephanie Maslansky, thank you very much!