Creative Assembly have released a new video revealing a little bit of the campaign gameplay for the Dark Elves in the upcoming Total War: Warhammer II.    During this gameplay video we follow Malekith the Witch King while he attempts to interrupt the High Elves second ritual and take control of the Vortex. 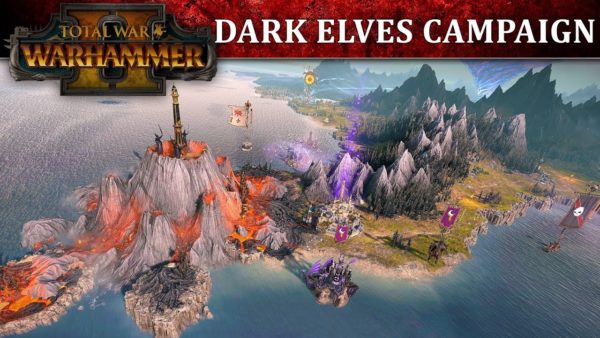 The Dark Elves are a degenerate race that live in the wastelands of Naggaroth.  Just like the High Elves, they have the same ability to control the winds of magic and the same prowess with weaponry but they also excel at assassination, torture and the ability to control monsters.  They kill for pleasure and entertainment and torture their victims for the perverse pleasure of hearing the screams and pleas as they die.

Forget the forces of Chaos, The Dark Elves are the most evil race in Warhammer, not only do they torture and kill other races for entertainment they also do it to their own people, combine this with a cult who bathe in blood, worship Khaine the Lord of Murder and have a fondness for taking slaves and you have a race that puts Khorne’s followers to shame.