Rick and Morty has never been a show that shies away from the darker side of its characters and this week it took that to a whole new level, giving physical manifestations to the character’s issues and making Rick and Morty confront them. 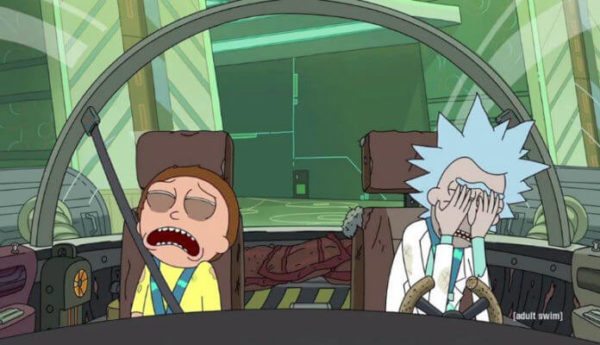 Starting off with a hilarious cold opening that sees Rick and Morty go on a crazy 6-day adventure, the duo decides that it is finally time to take themselves for some much-needed relaxation. The pair decide they need to get rid of their toxins and enter into a machine that does just that. In true Rick and Morty fashion, however, the toxins manifest themselves in physical forms – in this case, the darker side of both Rick and Morty.

Toxin Rick is a vulgar, egotistical maniac who bullies his grandson, while Toxin Morty is weak and incapable of standing up for himself. It is not these two who we spend the bulk of the episode’s time with, however; instead, we spend it with the newer, cleaner Rick and Morty, who come with a host of problems of their own, particularly Morty.

To some, this may sound like a fairly basic concept – Evil Rick and Morty vs Good Rick and Morty, but if you think that Harmon and Roiland would boil it down to something so rudimentary, then you have never watched the show before. What the episode does is further explore the idea that our greatest enemy is within, but also that we need to have that little bit of darkness with us, because it makes us who we are. It’s a profound episode of an excellent show, that really shows what the writers are capable of. 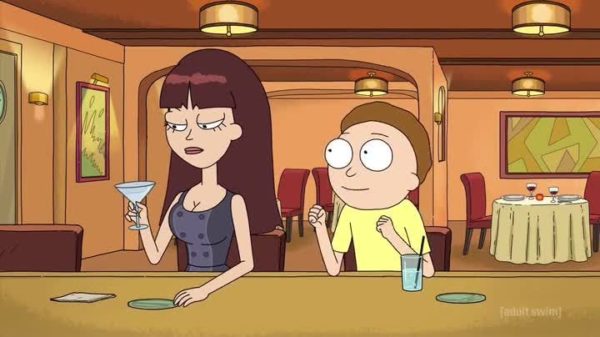 Morty, especially, is a totally different character without his toxins. He is a horrible, alpha male type who feels as though he could have been ripped straight out of Wall Street. While he is definitely charming, he is a borderline sociopath who has no time for anyone but himself, this is highlighted even further in the closing minutes, where the episode becomes a full on parody of American Psycho.  It also plays into Morty’s bigger narrative and his increasingly negative tendencies and his growing disdain for Rick.

Rest and Ricklaxation is also the first episode this season that has really just focused on the duo. Season 3 has been excellent so far, but there has been a distinct lack of Rick and Morty-based adventures and this episode really does its best to make up for that- with Summer and Beth only making fleeting appearances.

The show even manages to find time for some sweeter moments. The closing scenes where Rick clearly shows that he cares about Morty are the kind of moments that really make this show feel special and this is highlighted even more so by the fact that even Toxin Rick feels the need to sacrifice himself for Morty.

Rest and Ricklaxation is definitely the most character heavy episode of the show so far but it is also one of the best that Season 3 has had to offer. Hilarious and quite often profound, this is Harmon and Roiland at their finest.

What did you think of Rest and Ricklaxation? Let us know in the comments below, and let Liam know on Twitter @liamhoofe