Kotobukiya has revealed its upcoming 1/10th scale DC Comics Super Sons Robin & Ace the Bat-Hound 2-Pack ARTFX+ statues. The collectible is available to pre-order now, priced at $64.99 and is set to go on sale late February 2018; take a look below… 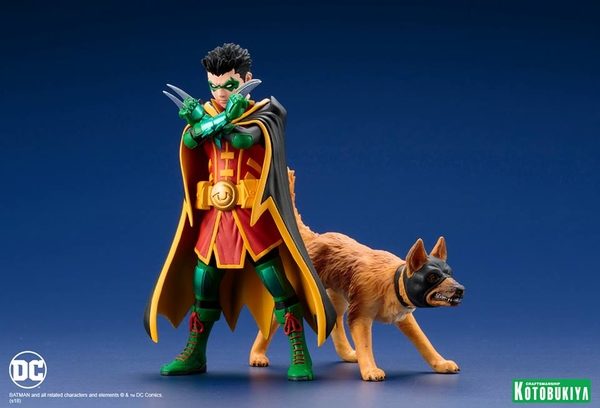 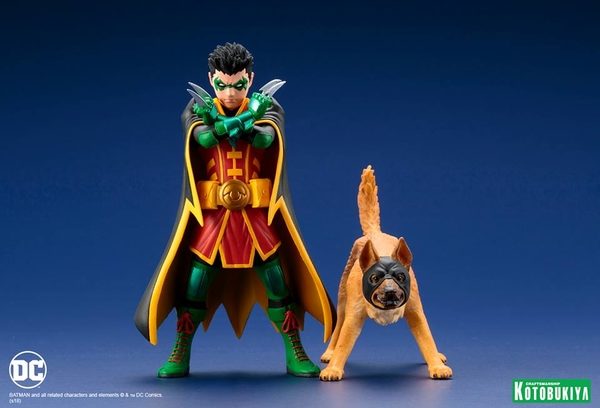 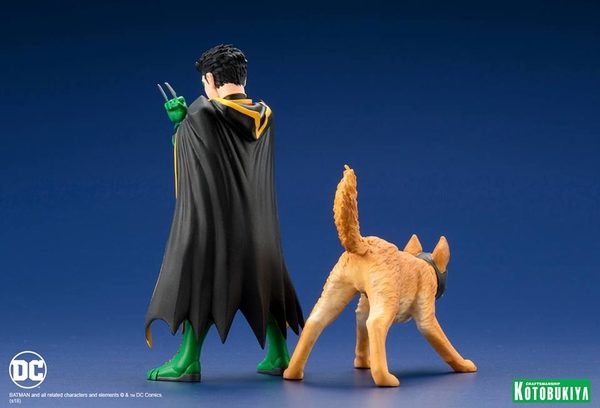 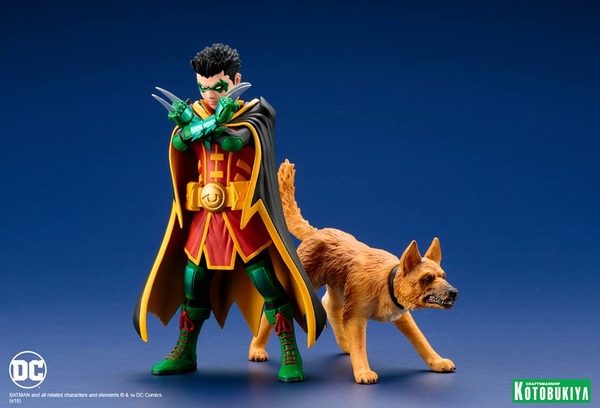 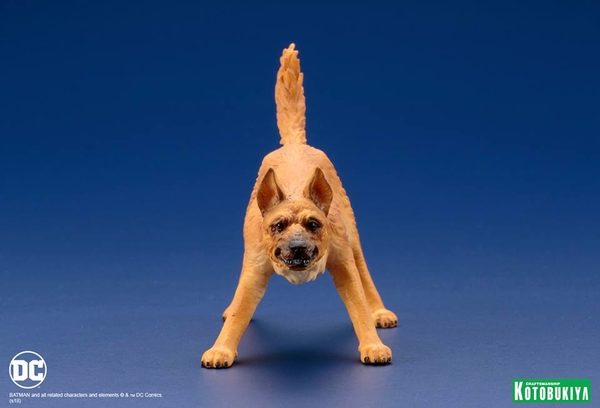 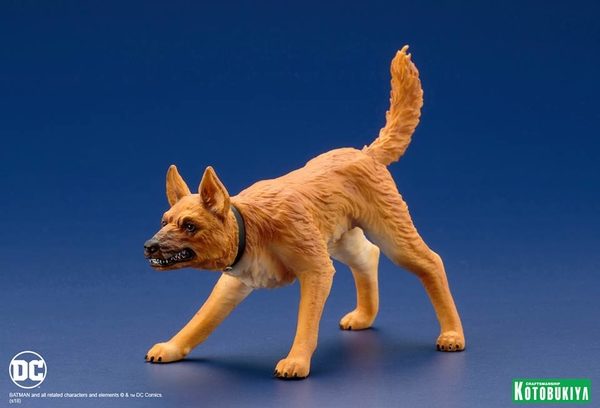 A Kotobukiya Japanese import! The expansive DC Comics ARTFX+ collection from Kotobukiya returns for its next installment to the exciting Super Sons monthly comic book series starring the children of Superman and Batman in their own heroic adventures. While Jonathan Kent and Krypto take to the skies, the shadows are the domain of ROBIN AND ACE THE BAT-HOUND!

A boy with a complicated home life, Damian Wayne is the son of Bruce Wayne and Talia al Ghul. His father only learned of his existence after Damian spent a number of years training with the League of Assassins, and Damian can be even more cold and detached than Batman. Robin joins the ARTFX+ Statue series in a small but truly imposing package, standing in a wide-legged stance and holding batarangs at the ready. The fifth Robin’s costume is of course a combination of red, yellow, green, and black like his predecessors, and features combat boots, armored plates, reinforced gloves, a utility belt, and scalloped cape. Damian completes the look with a vicious expression on his face along with a green mask and short, spiky black hair. Robin’s faithful companion is Ace the Bat-Hound, a brown canine of indeterminate breed who’s just as aggressive as his human. The Ace figure crouches with his tail and ears held straight up, head pointed forward, and teeth bared. And he wouldn’t be the Bat-Hound without a black mask!

Sculpted by Ikkei Jitsukata, Robin and Ace the Bat-Hound stand just over 5 ½ inches and 3 ½ inches tall (1/10 scale) respectively, with magnets in their feet for perfect stability on the included display bases. Display Robin and his dog by themselves or alongside other ARTFX+ statues like Batman and the other Super Sons 2-Pack of Jonathan Kent and Krypto!