Gary Collinson looks at the early adventures of the animated Batman… 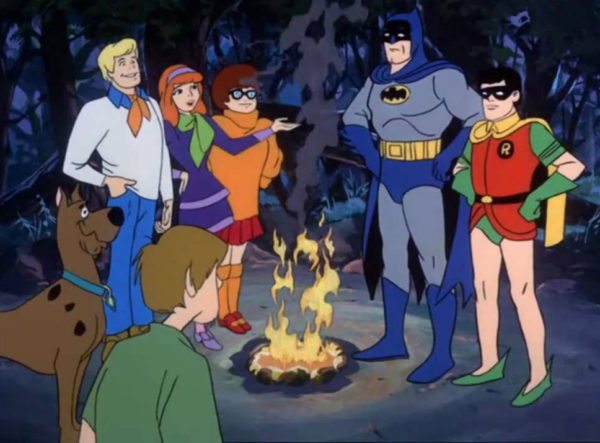 Following the cancellation of ABC’s live-action Batman television series in 1968, rival network CBS sought to capitalise on the character’s popularity with younger viewers by adding the Caped Crusader to their Saturday morning cartoon schedule. CBS had first dipped their toes into the world of animated superheroes two years previously, commissioning Norm Prescott and Lou Scheimer’s Filmation Associates to develop a series of animated shorts entitled The New Adventures of Superman (1966-1970) and The Adventures of Superboy, which were then packaged together as a single thirty-minute show. After a successful first year, the block was expanded to incorporate new Aquaman shorts and renamed The Superman/Aquaman Hour of Adventure, but the 1968/1969 season would see Superman teamed with his World’s Finest partner as CBS secured the rights to Filmation’s latest offering, The Adventures of Batman.

Lending his vocal talents to the first animated incarnation of the Caped Crusader was Olan Soule, a veteran character actor who had earlier featured as a newscaster in the first season Batman episode ‘The Pharaoh’s in a Rut’. Soule also provided the voice of Alfred Pennyworth, and he was joined by radio personality Casey Kasem (The Famous Adventures of Mr. Magoo, 1964-1965) as the Boy Wonder, along with Jane Webb (Journey to the Center of the Earth, 1967-1969) as Batgirl and Catwoman and Larry Storch (F Troop, 1965-1967) as the Joker. Another integral member of the cast was Ted Knight (The New Loretta Young Show, 1962-1963), who served as narrator on each of Filmation’s superhero cartoons and voiced a number of characters in The Adventures of Batman, including Commissioner Gordon, the Penguin, the Mad Hatter, Mr. Freeze and the Scarecrow. 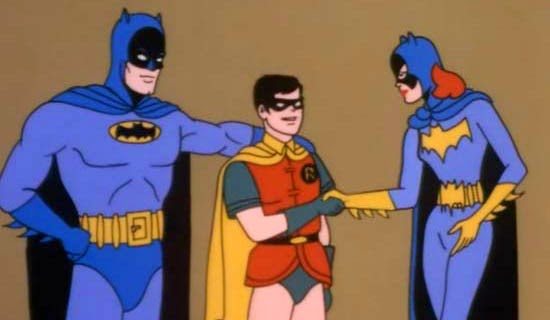 Premiering on September 14th, 1968 as part of The Batman/Superman Hour, the Batman portion of the show featured three six-minute segments, consisting of a two-part story separated by a single self-contained tale each week. The series ran for seventeen episodes before drawing to a close in January 1969, with the thirty-four stories then repackaged as a separate 30-minute show and broadcast later in the year under the new title of Batman with Robin the Boy Wonder. In 1985 Warner Home Video released five episodes of The Adventures of Batman on VHS as part of their ‘Super Powers Collection’, and while the series is yet to arrive on DVD, all seventeen episodes were made available for digital download in 2008.

Although The Adventures of Batman had come to an end, Olan Soule and Casey Kasem continued to voice the characters for a series of Filmation-produced educational shorts which were broadcast as part of Sesame Street between 1969 and 1971. However, the voice actors would soon make the jump to a rival studio as the rights to DC Comics’ stable of superheroes were acquired by William Hanna and Joseph Barbera, the acclaimed animation team behind classic cartoons such as The Flintstones (1960-1966), The Yogi Bear Show (1961-1962), Top Cat (1961-1962), The Jetsons (1962-1963) and Scooby-Doo, Where Are You! (1969-1970). The Dynamic Duo made their first animated appearances under Hanna-Barbera Productions on CBS, guest starring in two episodes of The New Scooby-Doo Movies entitled The Dynamic Scooby-Doo Affair and The Caped Crusader Caper, which saw Casey Kasem moonlighting as the Boy Wonder in addition to his signature role of Shaggy Rogers. The two episodes were collected together and released on DVD under the title of Scooby-Doo Meets Batman in 2002. 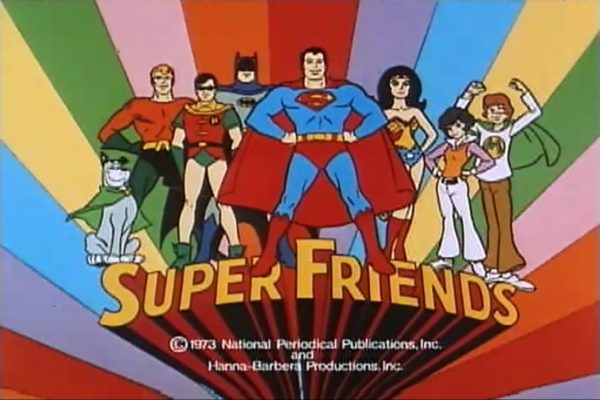 After debuting Batman and Robin in The New Scooby-Doo Movies in 1972, Hanna-Barbera began to develop a new series that would bring together their roster of DC superheroes whilst returning the Dynamic Duo to their original home on the ABC network. Entitled Super Friends, the series was a loose adaptation of the Justice League of America comic book and centred on a core team of Batman, Robin, Superman, Aquaman and Wonder Woman. Aimed squarely at the younger viewer, Super Friends incorporated the same campy tone as the live-action Batman series and also featured a trio of newly-created ‘Junior Super Friends’ side-kicks – teenagers Wendy Harris and Marvin White, along with their costumed canine, Wonder Dog. Olan Soule and Casey Kasem were joined in the cast of Super Friends by commercials voice-over ‘king’ Danny Dark as Superman, Norman Alden (The Sword in the Stone, 1963) as Aquaman and Shannon Farnon (Love Hate Love, 1971) as Wonder Woman, while Ted Knight continued to serve as narrator.

Premiering on ABC on September 8th, 1973, the first season of Super Friends ran until August 30th, 1974 and consisted of sixteen hour-long episodes that were repeated several times through-out the year. Despite the fact that Super Friends proved a hit with its target audience, ABC chose not to renew the series for their 1974/1975 schedule, but the success of the live-action pilot The New Original Wonder Woman (1975) and subsequent Wonder Woman series forced a rethink from the network. In February 1976, the original episodes of Super Friends returned to screens as a mid-season replacement and continued to air in a half-hour format until September 1977, at which point a new batch of fifteen episodes were broadcast under the title of The All-New Super Friends Hour. Bill Woodson (Escape from the Planet of the Apes, 1971) took over narration duties from Ted Knight and the ‘Junior Super Friends’ were replaced in the line-up by another three original characters – superheroes in training Zan and Janya, a.k.a. the Wonder Twins, and their pet space-monkey, Gleek.