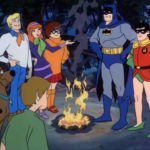 Gary Collinson looks at the early adventures of the animated Batman… Following the cancellation of ABC’s live-action Batman television series in 1968, rival network CBS sought to capitalise on the character’s popularity with younger viewers by adding the Caped Crusader to their Saturday morning cartoon schedule. CBS had first dipped their toes into the world […]