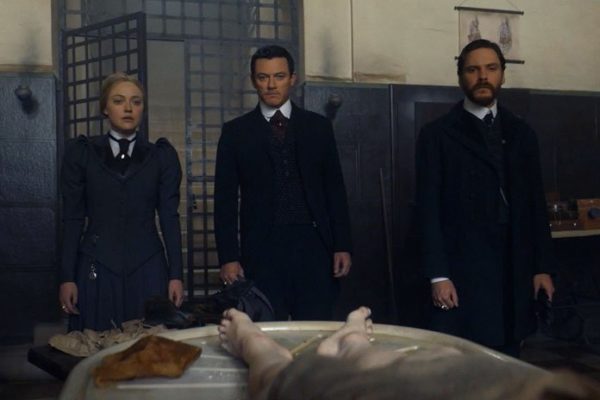 Luke Evans has taken to Twitter to reveal a new trailer for the upcoming psychological thriller The Alienist. The Cary Fukunaga-produced series is based on Caleb Carr’s acclaimed novel of the same name and stars Evans, Daniel Bruhl, Dakota Fanning, Brian Geraghty, Douglas Smith, Matthew Shear, and Q’orianka Kilcher; watch it below…

Here’s an exclusive look at the new trailer for @TheAlienistTNT. Can’t wait for you to see it in 2018! #TheAlienist pic.twitter.com/A2weGBPVHZ

The Alienist is an upcoming American drama television series based on the novel of same name by Caleb Carr. The psychological thriller drama is set in 1896, when a series of gruesome murders of boy prostitutes has gripped the city. Newly appointed top cop Teddy Roosevelt calls upon Dr. Laszlo Kreizler, a criminal psychologist — aka alienist — and newspaper illustrator John Moore to conduct the investigation in secret. Joining them in the probe is Sara Howard, a headstrong secretary at Police Headquarters.