Viz Media has announced the upcoming launch of Naruto: Chibi Sasuke’s Sharingan Legend, a comedy spinoff from the world’s most popular ninja manga series Naruto, which is set to hit stores this September. 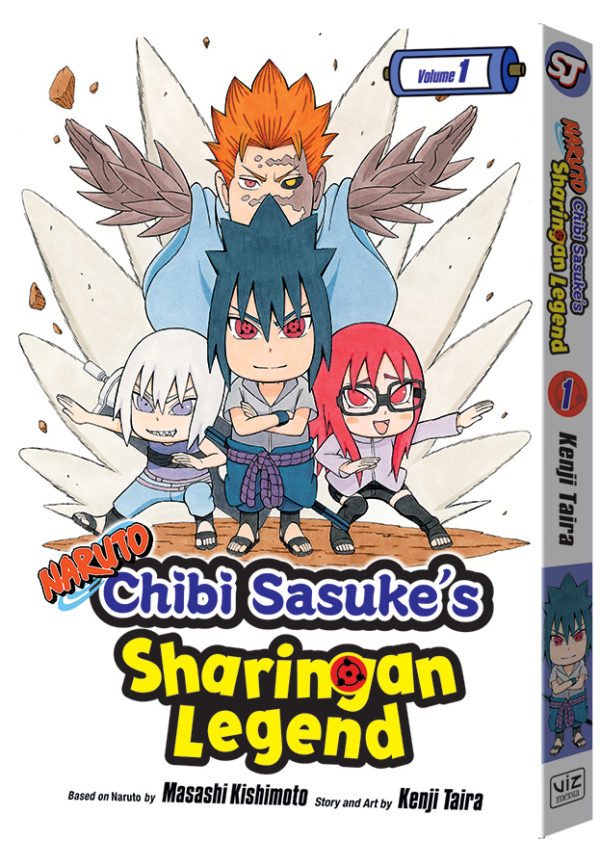 Uchiha Sasuke, the brooding loner who will do anything to avenge his clan and kill his older brother… Yes, this is that story, but with a funny twist! In NARUTO: CHIBI SASUKE’S SHARINGAN LEGEND the characters and story have been flipped on their heads, all for the sake of comedy! With his Taka teammates Suigetsu, Karin and Jugo, Sasuke travels the land and gets into all kinds of wacky adventures. This is a side of Sasuke you’ve never seen before. One bit of advice: do not mock the Uchiha!

“Naruto’s best friend and rival, Sasuke, returns in this hijinks-filled new series,” saysAlexis Kirsch, Editor. “We hope fans enjoy the ‘chibi’ art-style that adds to the hilarious flavor of the series, and takes the Naruto canon in a fun new direction!”