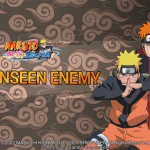 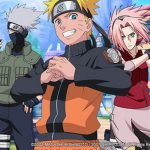 Mars Games has announced that pre-registeration is now open for Naruto: Slugfest, the first ever Naruto 3D MMORPG game, ahead of its launch in Europe and the Americas this Spring. Naruto: Slugfest lets players step into Naruto’s anime world, brought to life in a rich 3D open world rendering as well as experiencing animated in-game […] 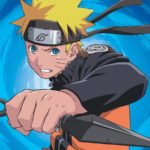 If you cast your mind back to 2015, you may recall that Lionsgate announced a live action adaptation of the bestselling manga series Naruto, attaching director Michael Gracey to the project. Gracey has since went on to direct the musical hit The Greatest Showman, and during an interview with Collider, the filmmaker offered a brief […] 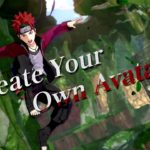 Bandai Namco Entertainment Europe have today showcased Naruto to Boruto: Shinobi Striker, their latest game in the Naruto series, at Gamescom.  Shinobi Striker introduces the Avatar System allowing players to create their own ninja.  This feature is showcased in the new trailer below… SEE ALSO: Naruto X Boruto Ninja Voltage coming to iOS and Android The […] 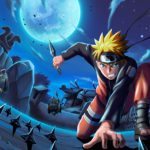 Bandai Namco Entertainment has announced the upcoming release of the action strategy mobile game Naruto X Boruto Ninja Voltage, which is set to hit both iOS and Android. Check out the reveal trailer here or watch it on our YouTube channel… NARUTO X BORUTO NINJA VOLTAGE is a new generation of mobile game with the […] 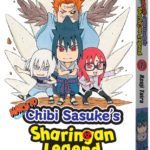 Viz Media has announced the upcoming launch of Naruto: Chibi Sasuke’s Sharingan Legend, a comedy spinoff from the world’s most popular ninja manga series Naruto, which is set to hit stores this September. Uchiha Sasuke, the brooding loner who will do anything to avenge his clan and kill his older brother… Yes, this is that story, […]

The world’s leading developer and publisher for anime related videogames, Bandai Namco Entertainment, have announced that Naruto to Boruto: Shinobi Striker is coming soon to Xbox One, Playstation 4 and PC.  This latest addition in the Naruto game franchise has nothing to do with goal scoring skills but will allow players to compete online in action packed […]

Oasis Games have revealed a wealth of new events to celebrate Valentine’s Day in their turn based MMORPG Naruto Online on the PC.  From 9th February until 15th February there will be plenty of chances for romance, collecting treasure keys, throwing shurikens and gaining bonus points in the ‘Fateful Encounters’ special event.  Plus there will be lots more updates and events […]

Back in August of last year it was revealed that Lionsgate is in development on a live-action adaptation of Masashi Kishimoto hugely popular manga series Naruto, and appearing at the 2017 Jump Festa event in Japan, Kishimoto has announced that he will personally be involved with production on the film, which is being directed by […]